The Leopard Safari enclosure is spread over close to 50 acres and has four leopards. 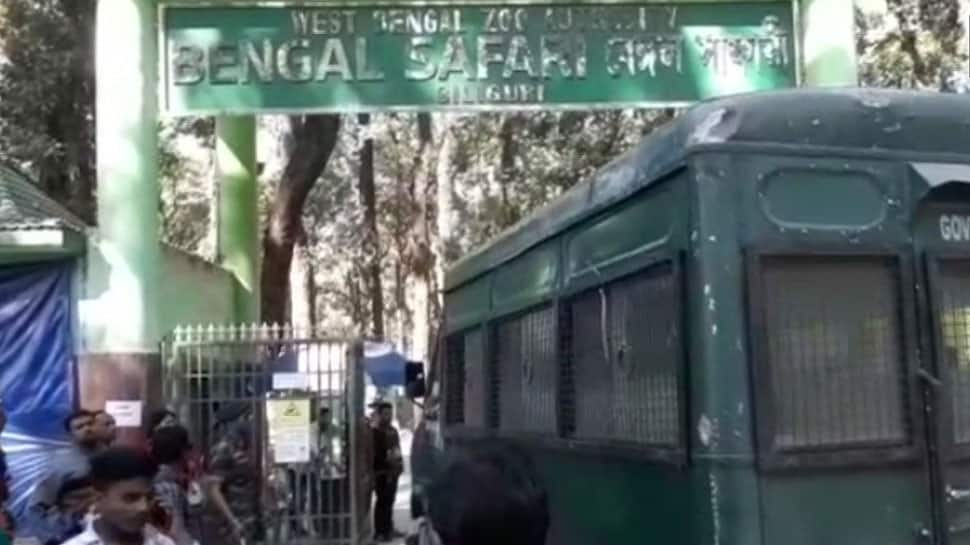 SILIGURI: In an encouraging development, male leopard Sachin - which went missing from Bengal Safari Park on New Year's Day - found its way back to the wildlife park.

Hoping that the leopard finds it way back home in search of food, employees of the Bengal Safari Park had kept the main gate of the leopard enclosure open.

On Friday morning, Sachin was found inside the leopard enclosure.

“The leopard is limping a bit and cut mark has been found near the eye. He is otherwise doing well, eating normally,” said VK Yadav, chief of State Zoo Authority. The authorities are monitoring his condition, he added.

On January 1, panic ensued after the leopard went missing from its den. The park was immediately closed. Park authority enlisted the help of tranquilizing teams, captive elephants, trap camera and drones to find Sachin.

After all efforts failed, the park re-opened partially, although on foot visitors were still not allowed as the leopard was at large.

The Leopard Safari enclosure is spread over close to 50 acres and has four leopards — two male Sachin, Saurav and two female Sital, Kajal.

Earlier this year, the leopard safari was suspended after one of the vehicles was attacked by the big cat during a tour.