The Opposition leader in Bihar, Tejashwi Yadav, has been hardly seen around even as his state is gripping with a serious health crisis due to the outbreak of Acute Encephalitis Syndrome (AES), which has claimed over 150 lives. 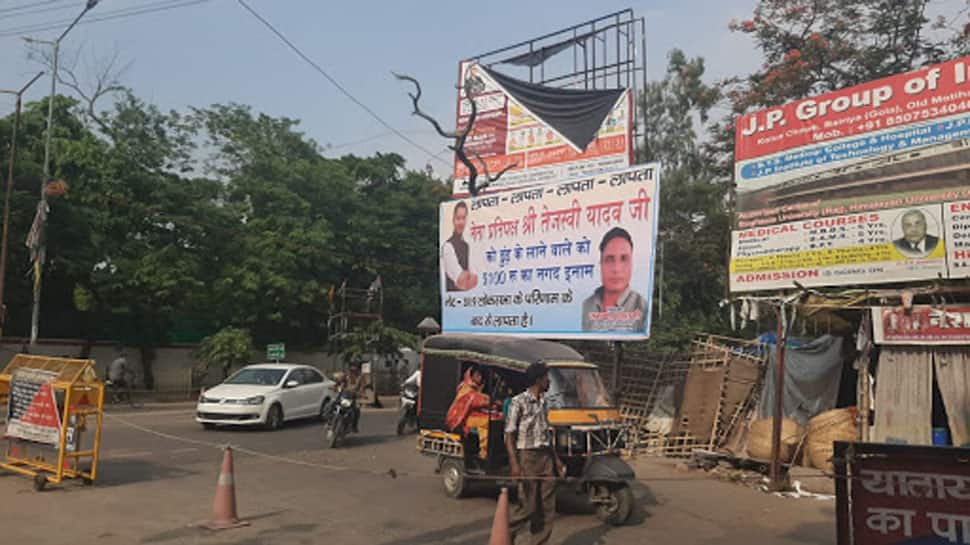 The posters have been put up by social activist Tamanna Hashmi who has also given out his number in case there is some information on the 'missing' leader.

Bihar: Poster announcing a reward of Rs 5100 for the person who finds Tejashwi Yadav, seen in Muzaffarpur. pic.twitter.com/1gO6CUc5J6

The poster also included a note that said Tejashwi has been missing since the results of 2019 Lok Sabha elections were announced.

The Opposition leader in Bihar, Tejashwi Yadav, has been hardly seen around even as his state is gripping with a serious health crisis due to the outbreak of Acute Encephalitis Syndrome (AES), which has claimed over 150 lives.

Yadav has been completely inactive on social media and his silence on the outbreak came under criticism.

News agency ANI, on Wednesday, had quoted RJD leader Raghuvansh Prasad Singh as saying that he was unsure of Tejashwi's whereabouts and speculated that maybe he had gone to see the World Cup.

Raghuvansh Prasad Singh, RJD on Tejashwi Yadav: I don't know exactly where is he, maybe he has gone to watch the World Cup, I am not sure about it. pic.twitter.com/bTezGnbN5O

Recently, JD(U) had attacked Tejashwi for allegedly disappearing from the scene after the results of the Lok Sabha elections were announced and had demanded his arrest for deserting his parents under the newly revised Maintenance and Welfare of Parents and Senior Citizens Act in the state.

In a statement, JDU chief spokesperson Sanjay Singh had said, "Tejashwi has deserted his mother and imprisoned father and has disappeared somewhere. From the day the Lok Sabha results were announced, he is not to be found anywhere. He has never given a thought to what will happen to his father and mother in his absence."