It is to be noted that a day before his planned visit to the post poll violence-affected Cooch Behar district, Governor Dhankar received a letter from Bengal Chief Minister Mamata Banerjee where she said claimed that the scheduled visit violates long-standing protocols. 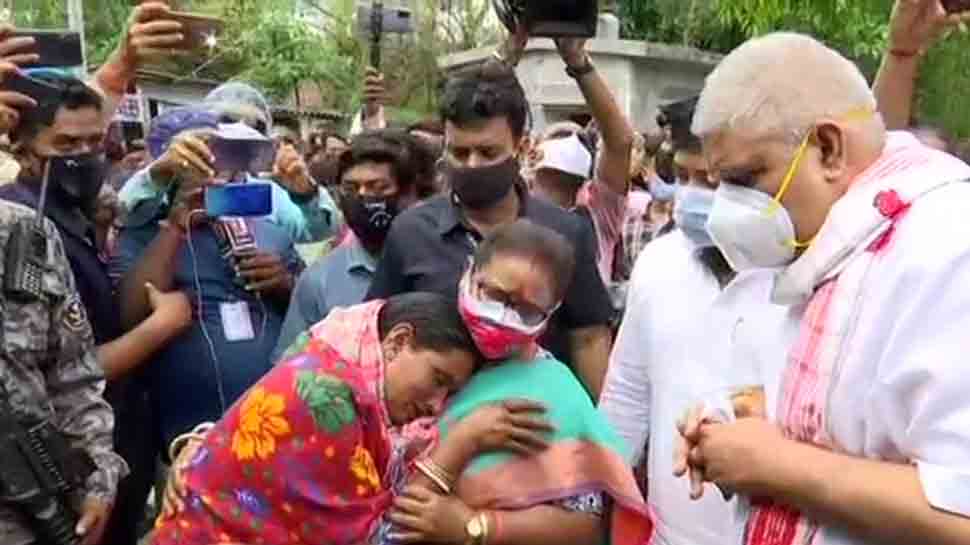 New Delhi: West Bengal Governor Jagdeep Dhankhar, who visited post-poll violence-affected areas of Cooch Behar district on Thursday (May 13), was shown black flags by a few people during his visit. The Bengal Governor visited the area to meet the kin of four people who were reportedly killed in firing by the Central Industrial Security Force (CISF) during the fourth phase of the assembly election on April 10.

"This is total collapse of rule of law. I could have never imagined this. I have seen the fear of Police in the eyes of the people, they are scared to go to Police, their houses were looted. I'm really shocked, this is destruction of democracy," ANI quoted Governor Jagdeep Dhankhar as saying.

"People have left their houses and are living in jungles. Women tell me, that they (goons) will come there once again and there is such failure of security before the Governor. I'm shocked at it. I can imagine what the people here must be going through," Dhankhar said.

According to ANI, a group of people also blocked the path of Governor Dhankhar's vehicle and raise slogans in Dinhata, Cooch Behar.

It is to be noted that a day before his planned visit to the post poll violence-affected Cooch Behar district, Governor Dhankar received a letter from Bengal Chief Minister Mamata Banerjee where she said claimed that the scheduled visit violates long-standing protocols. In the letter, CM Mamata urged him to desist from 'abrupt decisions with regards to field visits'. However, the governor, in his reply, said that he was discharging duties mandated by the Constitution and his visit to Cooch Behar was to share the pain and agony of the people suffering from post-poll violence.

"He (Dhankhar) did not listen to the state government and went to Cooch Behar. He went there in the company of a BJP leader. His conduct is unconstitutional," veteran TMC MP and party spokesperson Sougata Ray said.

BJP MP Nisith Pramanik accompanied Dhankhar during his visit to violence-hit areas of the district.

The Trinamool Congress in December 2020 had written to President Ram Nath Kovind to remove Jagdeep Dhankhar from the post of the West Bengal governor, accusing him of 'transgressing constitutional limits' by regularly commenting against the state administration in public. Senior party leader and minister Sobhandeb Chattopadhyay claimed that Dhankhar's conduct is unbecoming of a governor.