The measures are likely to be a drain on finances in the Indian economy, where the Modi government is trying to stick to a decade-low fiscal deficit target of 3.3 percent of the gross domestic product. 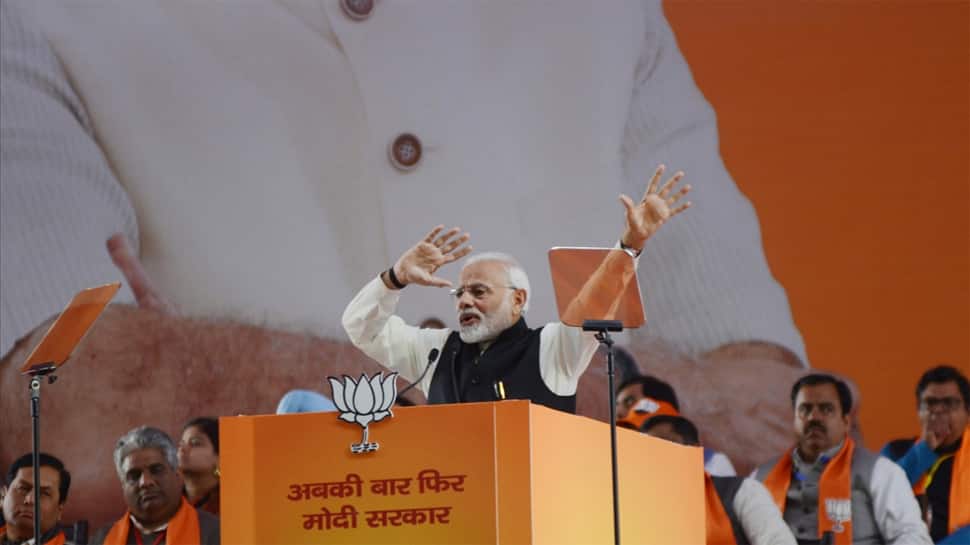 NEW DELHI: The Narendra Modi government recently announced a series of measures to try to win over farmers, small business owners and the less well-off, after the ruling party suffered setbacks in state elections and with a general election due in months.

The measures are likely to be a drain on finances in Asia's third-biggest economy, where Prime Minister Narendra Modi's government is trying to stick to a decade-low fiscal deficit target of 3.3 percent of the gross domestic product.

But the ruling Bharatiya Janata Party (BJP) has promised even more perks ahead of the general election, which must be held by May. "They will be for development, they will be for transformation," Ravi Shankar Prasad minister for law, justice, and information technology, told parliament this week, referring to inducements for the electorate.

"Who wins or loses, the people will decide. We are confident when elections happen, the country`s public will again give a big majority to the ruling coalition led by Narendra Modi."

Reuters reported this week that the Reserve Bank of India could transfer an interim dividend of Rs 300 billion-400 billion to the government by March to help meet the fiscal deficit target as spending rises ahead of the election.

Following are steps the government has taken, in addition to proposals for farm-loan waivers worth billions of dollars after the main opposition Congress defeated the BJP in the agrarian states of Madhya Pradesh, Rajasthan and Chhattisgarh in state assembly elections late last year.

The government on January 10 announced a change in national sales tax rules that would exempt an additional two million small businesses. Businesses with annual sales of up to Rs 4 million will be exempt from the Goods and Services Tax (GST). Currently, firms with an annual turnover of up to Rs 2 million are exempt. The change will come into effect in April.

Modi is considering three options for a relief package to help farmers suffering because of low crop prices at a cost of as much as Rs 3 trillion, according to three government sources. The possibilities are a direct payment to all landowning farmers, compensation for those who sold produce below government prices, and a loan forgiveness programme.

Parliament passed a landmark bill on Wednesday reserving 10 percent of government jobs for people outside high-income brackets. Under the amendment to the constitution, floated by the BJP, people with an annual income of less than Rs 800,000 rupees, and owning less than five acres of land, would be eligible.

India already has job and education quotas for its lowest social classes, but this is the first time upper caste Hindus and people from other religions will benefit from affirmative action.

The government said on December 26 it would ban e-commerce companies such as Amazon.com and the Walmart-owned Flipkart Group from selling products from companies in which they have an equity interest.

The rule will be applicable from February 1, and came after complaints from retailers and traders, who say the big companies are using their control over inventory from their affiliates, and through exclusive sales agreements, to create an unfair market that allows them to sell some products at very low prices.

On December 22, the government slashed the sales tax rate on more than 20 items - including televisions, batteries and movie tickets - aiming to appeal to traders and the middle class.