Bhagwat asserted that though the order of the apex court was respected but blamed it of giving the verdict in a haste and not considering Hindu sentiments. 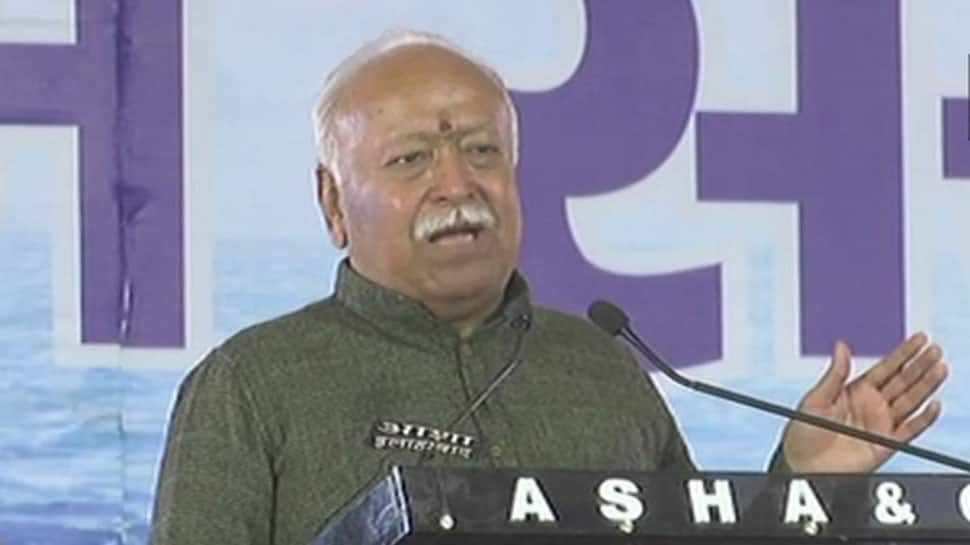 RSS chief Mohan Bhagwat on Thursday accused the Supreme Court of hurting the religious sentiment of crores of Hindus by its verdict allowing women to enter the Lord Ayappa temple in Sabarimala, Kerala.

Addressing a gathering at Vishwa Hindu Parishad (VHP) Dharma Sansad in Prayagraj, Bhagwat asserted that though the order of the apex court was respected but blamed it of giving the verdict in a haste and not considering Hindu sentiments.

A grand two-day Dharma Sansad is being organised by the VHP starting Thursday.

The RSS chief accused the apex court of even raising a question on the existence of God and added that Sabarimala is not a public place but a shrine for Hindus.

"There are four shrines inside the Sabarimala temple and everyone is allowed to enter any temple except one (Lord Ayappa temple). The court gave its order in a haste. The court had even raised a question on the existence of God. Sabarimala is not a public place, it is a shrine for a community," said the RSS chief.

"The court didn't consider that its verdict will hurt the beliefs of crores of people. New schemes are being conspired to hurt the sentiments of the Hindus. The devotees of Lord Ayappa are not confined within Kerala but the entire world worships Lord Ayappa," added Bhagwat.

He alleged that new schemes are being conspired to hurt the sentiments of the Hindu people, adding that there is no discrimination with any women. Bhagwat alleged that it is a conspiracy to break society due to political selfishness and gain.

"Not all people are agitating against the order of the apex court. Only the social and religious organisations are agitating. There is no discrimination against any women. There is a conspiracy to break society due to political selfishness. Our society is a little ignorant. It doesn't know what is going on. It has to be given this information. If the Hindu society is united, then there is no one capable in the world to break it," said Bhagwat.

"We respect the SC and the court said that women should be allowed to enter the temple. Those who say that India will be divided into pieces are behind this unrest in Kerala. Those people who are called Hindu plaintiffs in India have come to power, and now these people are in trouble," added the RSS chief.