The monsoons are expected to arrive in north, central and western regions of the country by last week of June. 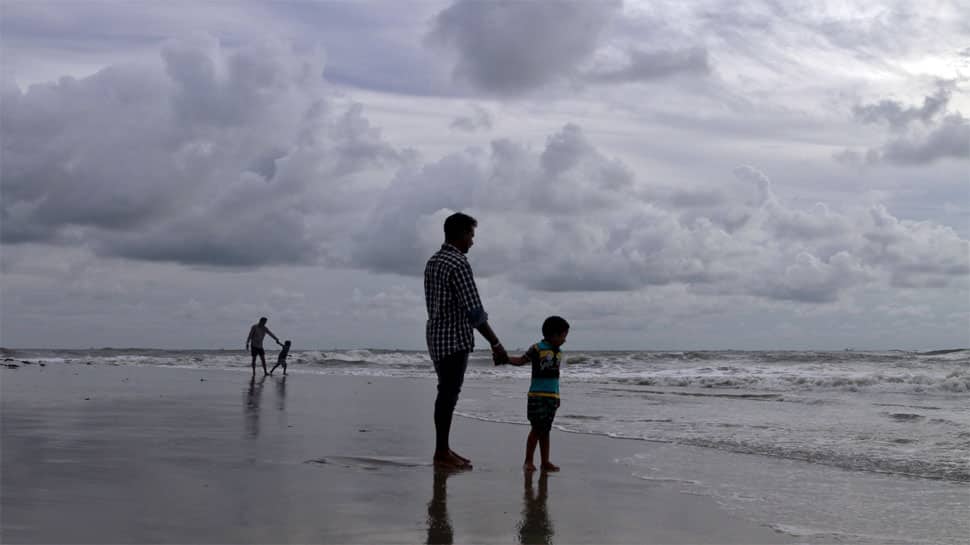 A boy holds his father's hand as they walk on a beach in the backdrop of pre-monsoon clouds in Kochi (Reuters)
Share:
Written By:

The monsoon finally hit the coast of Kerala on Saturday morning after a week-long delay, the India Meteorological Department announced. A red alert was sounded by Thiruvananthapuram IMD in Thrissur, Ernakulam, Malappuram and Kozhikode districts for the next four days.

Coastal regions of Kerala have been already receiving heavy downpours early Saturday morning, which will intensify by the evening.

The monsoons are expected to arrive in the north, central and western regions of the country, which are reeling under severe heatwave and duststorm conditions, by June 29.

According to Skymet Weather, the credit for the arrival of the four-month-long Monsoon season goes to the cyclonic circulation brewing in Southeast Arabian Sea, which is likely to induce a low-pressure area over the same area during the next 24 hours in Kerala.

The year the monsoons, which delivers more 70 per cent of the country`s rainfall, are expected to be normal. A good monsoon has a direct impact on the economy as agriculture remains the major contributor to India's GDP.