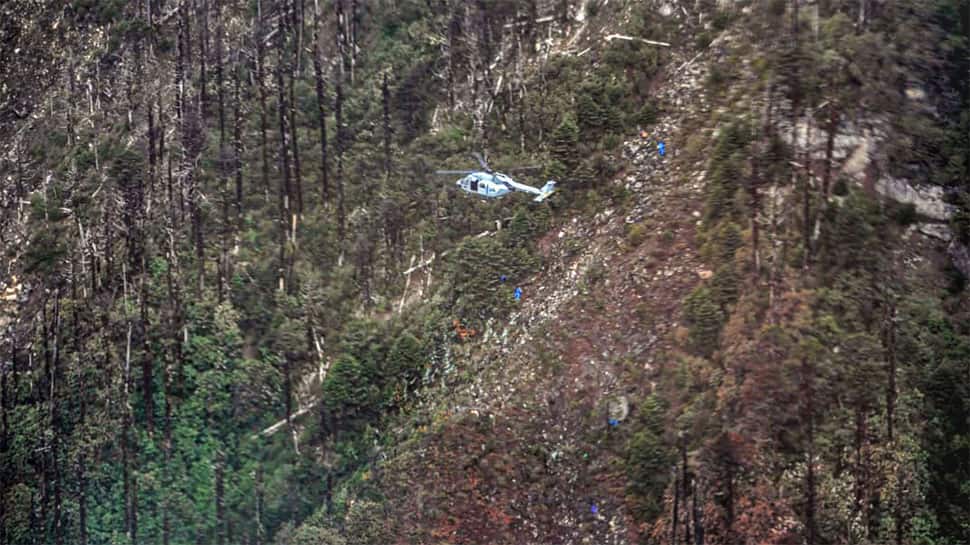 In this photo released by IAF, is seen the crash site from where the mortal remains and other material evidences are being picked up in respect to the crash of IAF AN-32 aircraft (PTI photo)

“The mortal remains of the 13 brave air-warriors have been recovered and sent to Air Force Station, Jorhat. Thereafter, the mortal remains will be sent to their hometown, where funeral as per service customs will be carried out. Indian Air Force stands with the families and next-of-kin of all the air-warriors who lost their life in the line of duty. IAF thanks Indian Army, Indian Navy, NTRO, State administration and civil population for their unstinted support during search and rescue operations,” the IAF said in a statement.

On June 3, the transporter aircraft took off from Jorhat Air Force Station in Assam to Menchuka advanced landing ground near the border with China with the 13 IAF personnel on board. It lost contact half-an-hour after taking off.

The IAF launched a massive operation to locate the aircraft. Eight days later, the wreckage of the missing aircraft was found on a mountain slope in Arunachal Pradesh on June 11. The IAF later confirmed all the air-warriors have died in the crash.

A ground team of 20 members including four IAF Garud commandos, four Special Forces of the Army, a civilian hunter and 11 porters, reached the crash site Wednesday after braving days of bad weather and treacherous terrain. The plan for trekking to the crash site was initiated after the inclement weather hampered the recovery operations and did not allow any helicopter to fly, Wing Commander Ratnakar Singh, Shillong-based IAF spokesperson said on Tuesday.

On June 12, a team of nine IAF personnel (including mountaineers), four Army Special Forces personnel and two local mountaineers were dropped at the campsite. On June 13, eight members of the rescue team reached the crash site in search of the survivors but unfortunately no air-warrior survived the crash. The team had recovered the cockpit voice recorder (CVR) and flight data recorder (FDR) of the Russian-origin aircraft at the crash site.