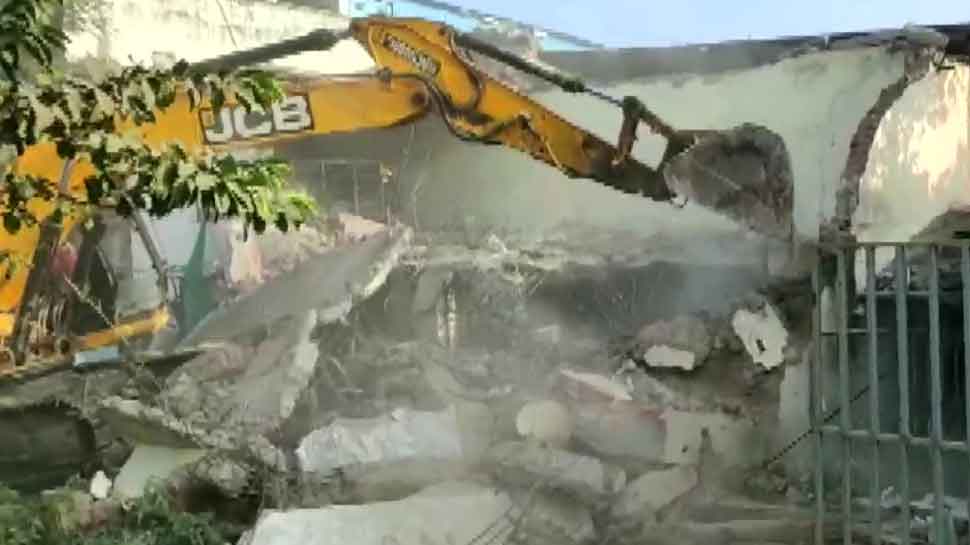 Indore: Indore Municipal Corporation on Saturday demolished a property owned by Mahendra Soni, the brother of Jitu Soni who is absconding in connection with the infamous Madhya Pradesh honey-trap case.

A case has been booked against Jitu Soni under the IT Act, filed by an employee of the Municipal Corporation of Indore, for allegedly publishing news and videos related with a honey trap incident. On Friday, the police announced  prize money of Rs 1 lakh for giving information about absconding accused Jitu Soni. At least 25 other cases have also been registered against Jitu in the last 12 days, of which nine are old cases.

Jitu Soni is an Indore-based businessman and the owner of Sanjha Lokswami newspaper. He is accused of releasing audios and videos on the Youtube channel of his newspaper against an MCD engineer about honey trap incident in the state. The now-suspended Indore Municipal Superintendent Engineer Harbhajan Singh booked a complaint against Jitu Soni and his son Amit Soni under the IT Act. Singh said the newspaper infringed his privacy with objectionable material with different mediums of communications. He also claimed that he being blackmailed over some objectionable video clips by the accused who were trying to extort about Rs 3 crore from him.

On December 1, 2019, the Indore Police conducted mutilple raids at Soni's residence and official properties in connection with the case and recovered live bullets and other electronic devices. Two safes in his house were also been sealed by the police. 67 women and several minor boys, who were made to work as bar dancers, were also rescued from a bar run by Soni. According to ANI that the rescued women and minors were kept in a poor condition at the bar and were forced to work as bar dancers. They were paid only the tips they received from customers," ANI quoted a police officer saying.

Earlier this year, six persons, including five women, were arrested in connection with the case. The scandal had rocked the state and snowballed into a political controversy.

Time has come for 'struggle' if we want to save country: Sonia Gandhi at Bharat Bachchao rally