BJP MLA Raj Purohit demanded strict action against the engineer who gave certificate to this bridge in auditing and said that he should be arrested. 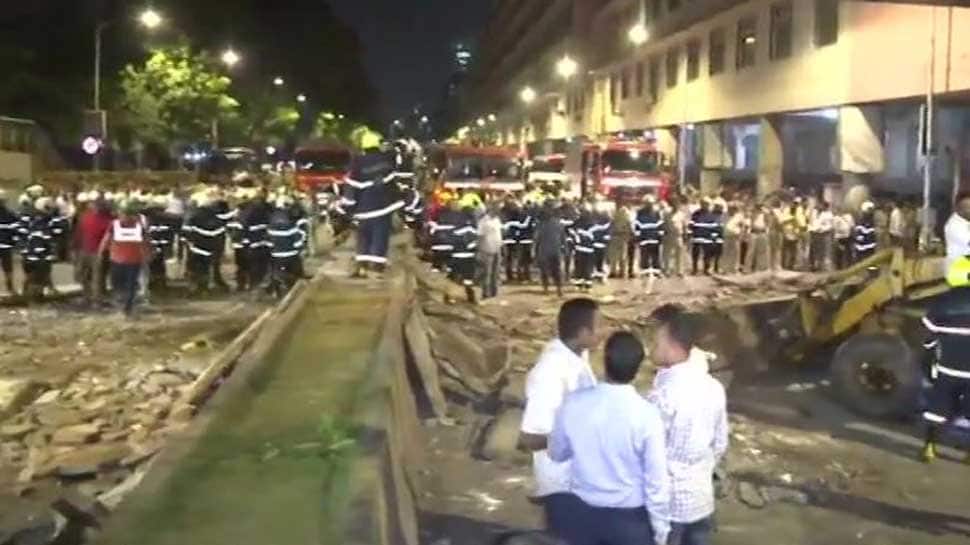 Maharashtra minister and BJP leader Vinod Tawde has said that the footover bridge outside the Chhatrapati Shivaji Maharaj Terminus was under repair when a portion of it partially caved in at around 7:30pm on Thursday.

Tawde claimed that the bridge was not considered 'risky' and it only had some “minor defects”. He added that an investigation will be launched to find out why the bridge was open for public despite repairs being undertaken.

The bridge collapse has resulted in the death of five people and 34  are injured, two of them critically. The bridge connected the CST railway station with the Azad Maidan Police Station.

Congress leader Murli Milind Deora said that the BJP and Shiv Sena should be held responsible for the collapse, as the bride was under the BMC, which is run by BJP-Sena combine.

Milind Deora, Congress on Mumbai foot over bridge collapse: If the govt wants to send a message to the common Mumbaikars that this won't happen again then they should immediately lodge an FIR under IPC Section 302 which amounts to murder, against the concerned officers & auditors pic.twitter.com/SEjINi4l8T

BJP MLA Raj Purohit demanded strict action against the engineer who gave certificate to this bridge in auditing and said that he should be arrested.

Sources said that the audit of the foot overbridge was ordered last year after the collapse of another foot overbridge in Andheri last year. A total of 445 were named for safety audit after Andheri's incident.

Prime Minister Narendra Modi expressed anguish at the loss of lives in the incident and tweeted, "Deeply anguished by the loss of lives due to the foot overbridge accident in Mumbai. My thoughts are with the bereaved families. Wishing that the injured recover at the earliest. The Maharashtra Government is providing all possible assistance to those affected."