The court expressed displeasure over their absence in the courtroom and the next hearing has been fixed for May 20. 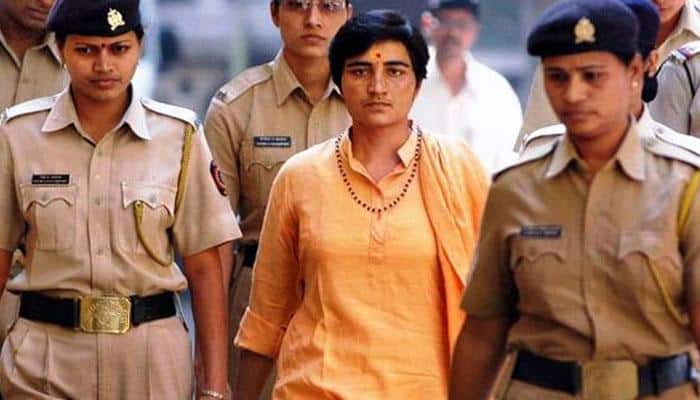 Mumbai: Bharatiya Janata Party (BJP) Bhopal Lok Sabha seat candidate Sadhvi Pragya Singh Thakur and other accused in the 2008 Malegaon blast case have been asked to be present before the court at least once a week for the proceedings, a special National Investigating Court in Mumbai said on Friday.

The court expressed displeasure over their absence in the courtroom and the next hearing has been fixed for May 20. The court also directed that exemption sought without cogent reasons will be rejected.

Apart from Sadhvi Pragya, Lieutenant Colonel Prasad Purohit, Major (retired) Ramesh Upadhyay, Ajay Rahirkar, Sudhakar Dwivedi, Sudhakar Chaturvedi and Sameer Kulkarni are other accused in the case. They are all out on bail.

In October 2018, the court had framed charges in the case against all the seven accused of terror activities, criminal conspiracy and murder, among others.

Sadhvi Pragya, who is contesting Lok Sabha election from Bhopal on a BJP ticket, was arrested in the 2008 Malegaon blast case and got bail after nine years. She was out on bail citing health grounds. She is currently facing charges under the Unlawful Activities (Prevention) Act.

Six people were killed and over 100 injured when an explosive device strapped on a motorcycle went off near a mosque in Malegaon, a town about 200 km from here in north Maharashtra, on September 29, 2008.