The Mumbai Police issued a traffic advisory to arrest any inconvenience or confusion to the commuters. 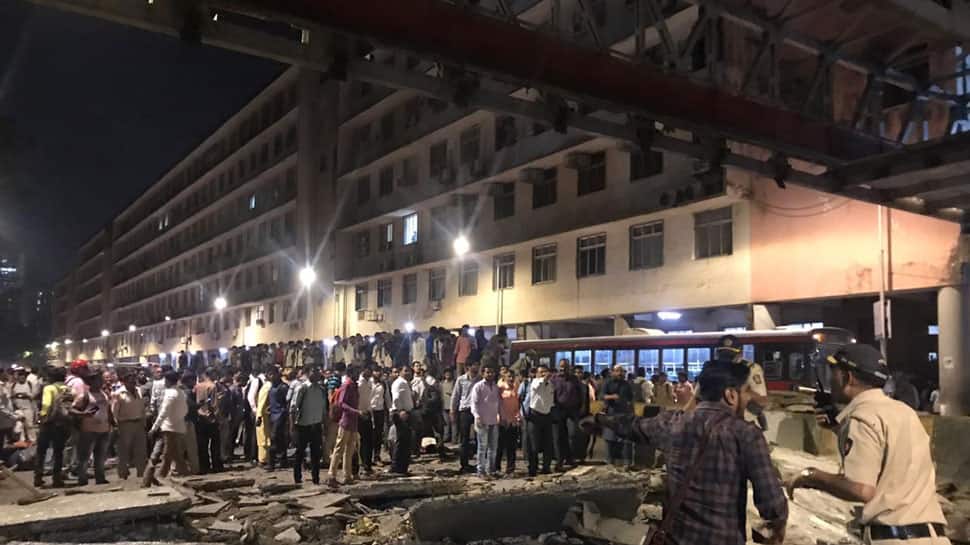 The traffic near the Chhatrapati Shivaji Terminus (CST) railway station in Mumbai, Maharashtra, was severely affected after a part of a foot overbridge collapsed on Thursday killing at least five people and injuring 36 others.

The Mumbai Police issued a traffic advisory to arrest any inconvenience or confusion to the commuters. The people in the area were affected and commuters were asked to use alternate routes.

The bridge is currently being demolished and will continue for some time. The traffic on the route is expected to be diverted on Friday early hours as well.

Traffic diversions due to the
foot over bridge collapse near Anjuman school #TrafficUpdate pic.twitter.com/GkmF0KnBdF

The traffic has been closed on both bounds between CST junction and JJ Flyover till further orders. The commuters have been advised to use the Mahapalika Marg from CST to Metro Junction and ahead towards Princess Street Flyover/ Crawford Market/ Chakala and Mohammed Ali Road.

A major portion of a foot overbridge near a train station in south Mumbai collapsed at 7.30 pm.

The bridge which connected the area near the Times of India building with the iconic CSMT station was commonly known as 'Kasab bridge' as the 26/11 Mumbai attack terrorist passed through it during the terror strike.

All the injured have been rushed to nearby hospitals where they are undergoing treatment.