While Central Railway wants a subway beneath DN Road in place of the FOB, BMC officials said a decision on it would be taken after considering all aspects. 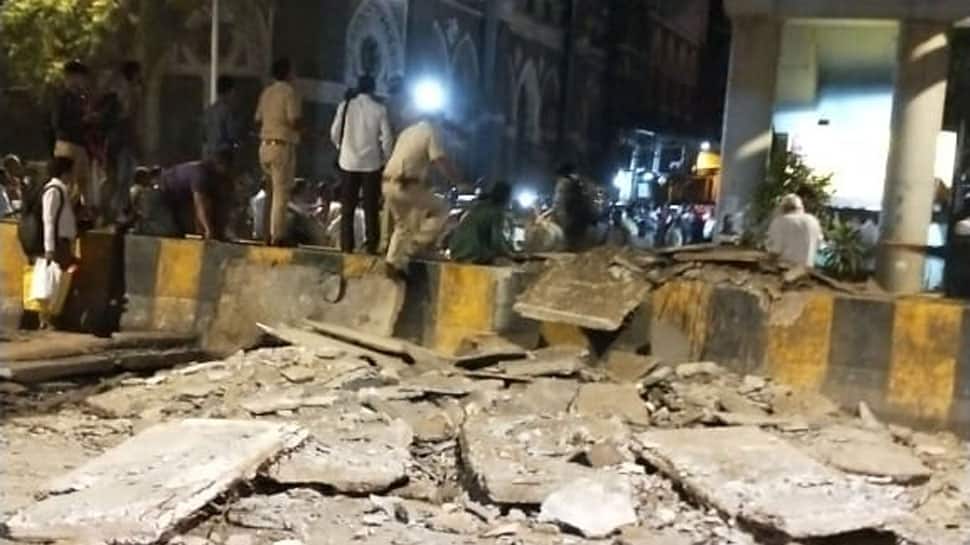 Mumbai: Civic and railway authorities in Mumbai on Saturday began working on alternate arrangements for commuters using CSMT station after a foot overbridge that collapsed on Thursday, killing six people and injuring 31, was dismantled.

While Central Railway wants a subway beneath DN Road in place of the FOB, BMC officials said a decision on it would be taken after considering all aspects.

"The decision will be taken after following due process," Brihanmumbai Municipal Commissioner Ajoy Mehta told PTI.

Another BMC official said people will be given an alternate to the FOB though in what way was a matter under consideration currently. "A subway would help passenger flow better. We will request the BMC to build a subway in place of the collapsed FOB," a railway official said.

Meanwhile, a 40-metre stretch of the road median beneath the collapsed FOB has been removed so that people can cross DN Road and enter CSMT railway station.

The FOB, near the Times of India building, was used by people to enter the iconic railway station from the Crawford Market, JJ School of Arts, Anjuman-I-Islam School areas.

With the FOB now dismantled, they will have to use the subway further south near the BMC headquarters.

The traffic restriction imposed on DN Road between CSMT and the start of JJ Flyover after the FOB collapse has now been lifted by police.