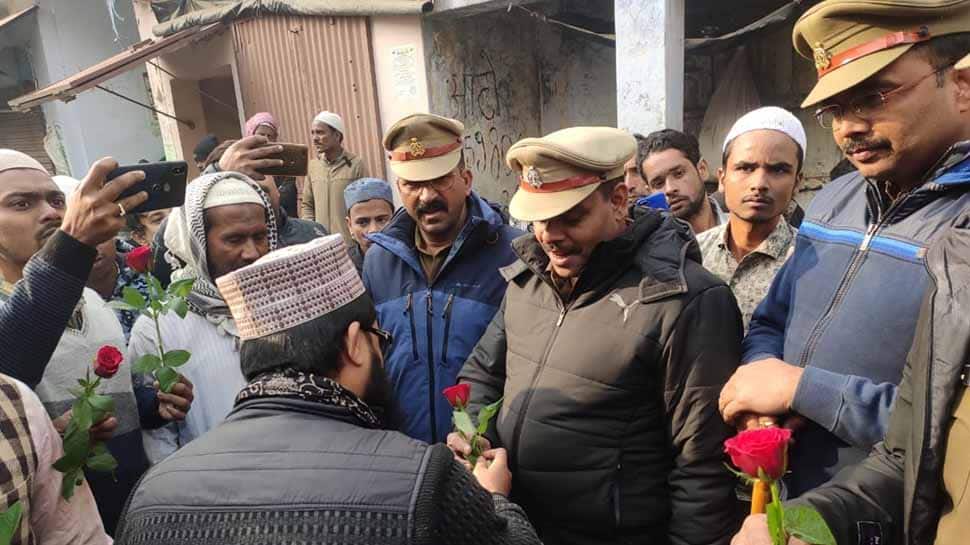 Bulandshahr: Members of the Muslim community here handed over a cheque of Rs 6.27 lakh to the district administration after the Friday prayers in the wake of damage to public property during the anti-Citizenship Amendment Act (CAA) protests which had occurred last week. Haji Akram, a member of the delegation which handed over the cheque to the administration, said that the entire community had come forward to collect the amount to pay for the damage to government vehicles and other property during the violent protests.

"We were saddened by the damage to public and government property and therefore we have come forward to hand over a cheque of Rs 6.27 lakh to pay for the damages. Members of the community themselves came forward with contributions," Akram told reporters here. The District Magistrate (DM), Bulandshahr, Ravindra Kumar appreciated the move by the community and said that it will ensure that such things will not happen in the future.

"Last Friday, violence had broken out here in which damages had occurred to government vehicles, wireless sets and others. This is a novel move by the minority community in Bulandshahr which has come forward on their own to pay for the damages which had occurred during the protests last Friday. They themselves estimated the value of the damages done and collected the funds which was handed over to us," Kumar told reporters here.

"I believe that with this we can also say that such incidents will not occur in the future and peace will be maintained," he added. The administration, meanwhile, had deployed additional forces today to ensure that a repeat of the last week`s incidents did not occur. No untoward incident was reported on Friday.

Protests erupted in several parts of the country last week, including Uttar Pradesh, over the Citizenship (Amendment) Act, 2019, which grants citizenship to Hindus, Sikhs, Jains, Parsis, Buddhists, and Christians fleeing religious persecution from Pakistan, Afghanistan, and Bangladesh who came to India on or before December 31, 2014. Section-144, prohibiting the assembly of more than four people in an area, was imposed in various parts of the state in view of the law and order situation.