Muslims of India were, are and will remain Indian Citizens, says Amit Shah

Amit Shah clarified that the legislation provides hopes for lakhs of people who are living with no permanent residency in India. 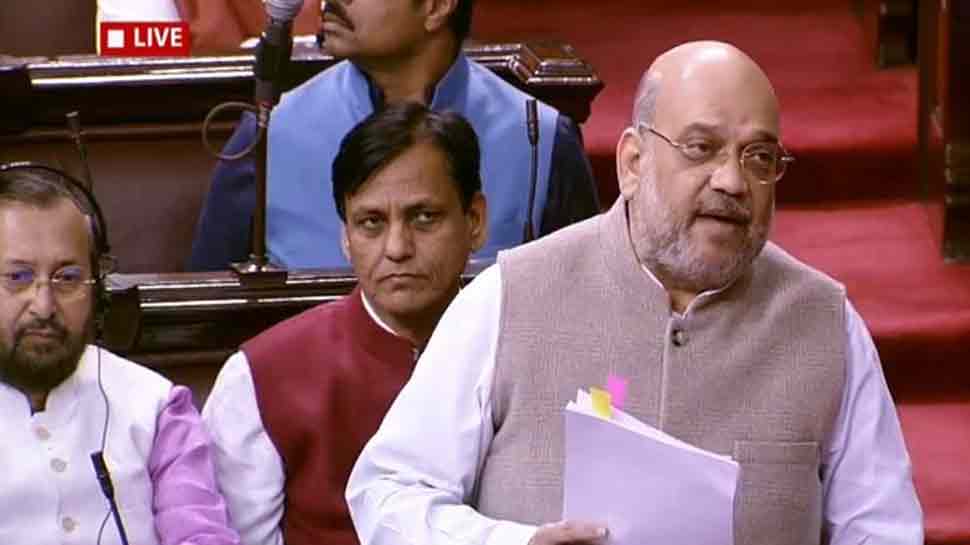 New Delhi: Union Home Minister Amit Shah on Wednesday (December 11) tabled The Citizenship (Amendment) Bill, 2019, in the Rajya Sabha. He said that the Muslims in India don’t need to fear about the Bill, but Muslim refugees from Afghanistan, Pakistan and Bangladesh will not be given citizenship in India.

The Home Minister said, “Muslims of India were, are and will remain Indian Citizens.” He further clarified that the legislation provides hopes for lakhs of people who are living with no permanent residency in India, adding "This bill will provide the persecuted a chance to provide for their families. People of the country have supported the legislation."

Amit Shah said that he wants to tell those who are accusing us of vote-bank politics that BJP mentioned this bill in its election manifesto and people of the nation have extended their support.

During the debate over Citizenship Bill, Congress leader Anand Sharma said that the bill is "an assault on the very foundation of the Indian constitution, it is an assault on the Republic of India," adding "It hurts the soul of India. It is against our constitution and democracy. It fails the morality test.”

Earlier, Rajya Sabha chairman Venkaiah Naidu allotted six hours to the House to discuss the CAB. Notably, the Rajya Sabha TV briefly stopped the telecast of proceedings when opposition members heckle Amit Shah over his claims of protecting interests of the people of Assam.

Notably, the Citizenship (Amendment) Bill, 2019 seeks to grant Indian citizenship to refugees from Hindu, Christian, Sikh, Buddhist and Zoroastrian communities fleeing religious persecution from Pakistan, Afghanistan, and Bangladesh who entered India on or before December 31, 2014.