The TDP chief and his party MLAs protested against the Centre in Andhra Pradesh capital Amaravati. 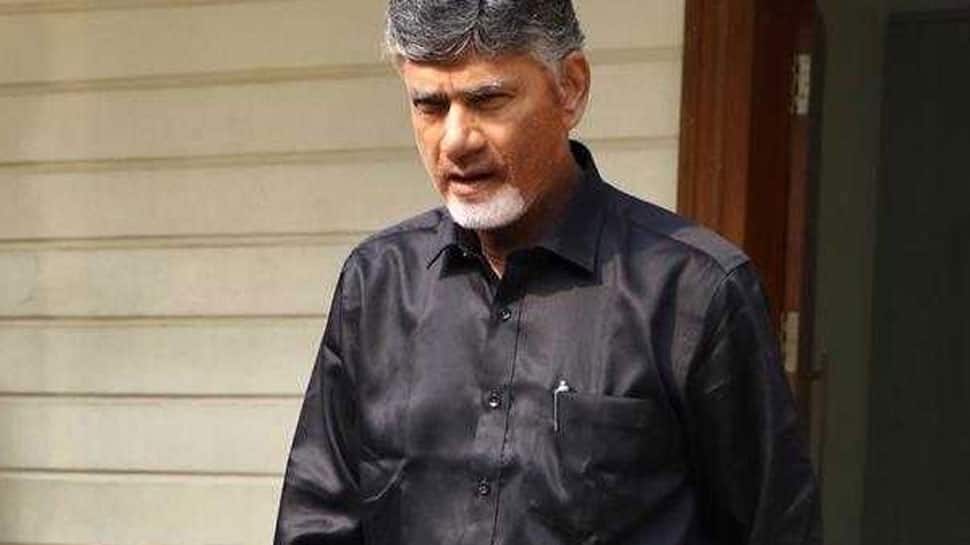 AMARAVATI; While acting Finance Minister Piyush Goyal was presenting the Interim Budget 2019 of the Narendra Modi government in parliament, Andhra Pradesh Chief Minister and TDP chief N Chandrababu Naidu and his MLAs held a 'black' protest against Centre over the issue of granting special status to Andhra Pradesh.

The TDP chief and his party MLAs protested against the Centre in Andhra Pradesh capital Amaravati.

Perhaps, in the rarest appearance, Chandrababu shunned his trademark cream-coloured shirt to full black today. And he even posed in different angles for camera on Friday morning while going to attend the State Assembly session.

As part of protests announced a few days back, Chandrababu Naidu and his MLAs chose black (also colour of protest) while attending the assembly session.

While Chandrababu Naidu wore black shirt, many of his MLAs were in full black attire and also had badges in Telugu criticising the Centre on Andhra Special Status issue.

To match his black shirt protest, Chandrababu Naidu in Assembly thundered ''My blood is boiling over the injustice meted out to Andhra Pradesh by the Centre.''

Today - February 1- is being observed as 'Protest Day' in Andhra Pradesh. While the TDP, who are the only ones to be present in Assembly along with the BJP MLAs, the YSRCP MLAs have stopped attending Assembly sessions since a long time.

On the other hand, the Congress party, which doesn't have a single member in Assembly and in the Parliament from Andhra Pradesh is trying to make its presence felt by actively participating in 'Bandh', which is being observed all across the state.