The Madras High Court had on July 5 granted permission to release her on parole for a month to attend her daughter’s wedding. 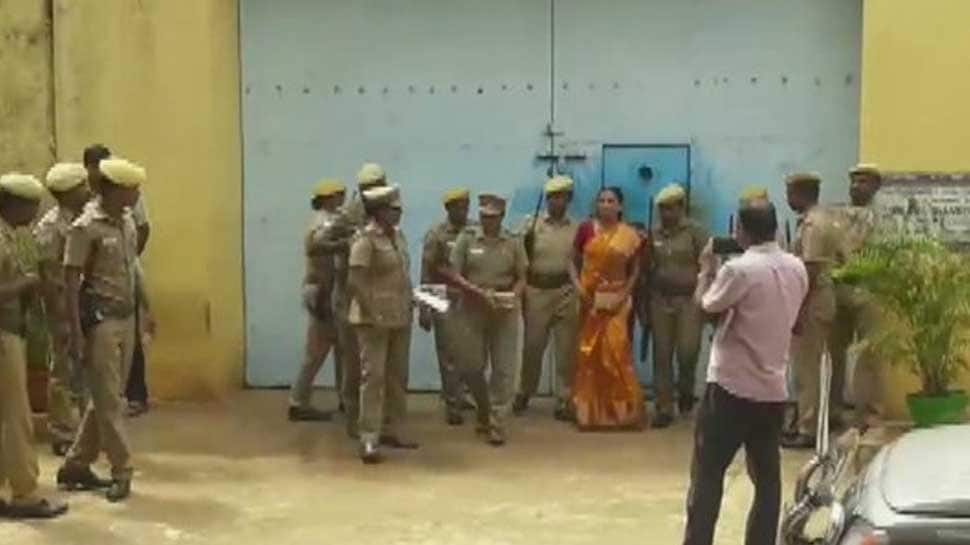 CHENNAI: Nalini Sriharan, one of the seven convicts in the Rajiv Gandhi assassination case, was on Thursday released from Vellore Central Prison on month-long parole to make arrangements for her daughter's wedding.

The Madras High Court had on July 5 granted permission to release her on parole for a month to attend her daughter’s wedding.

The order was passed by the division bench of Justice MM Sundresh and Justice M Nirmal Kumar which granted her parole on the condition that she would not meet political leaders, give interviews to the media or post on social media.

This is for the first time that Nalini, who is India’s longest-serving woman prisoner, has been granted ordinary parole of 30 days in her 28-year-long incarceration.

Nalini will remain in Vellore town, which is around 140 kilometres from Chennai, where her family has hired a house at Sathuvachari for the wedding.

She will live here for a month with her daughter Harithra Sriharan, mother Padmavati, sister Kalyani and brother Bhagyanathan, among other relatives.

She has not been allowed to visit her house in Royapettah in Chennai.

Nalini was arrested in 1991 in connection with former prime minister Rajiv Gandhi's assassination.

She was sentenced to death by a TADA court and the Supreme Court.

Her death penalty was later commuted to life imprisonment by the Tamil Nadu government in 2000.
Nalini had been granted emergency parole for 12-hours in 2016 to return home after her father’s death. However, this is the first time she is being given ordinary parole.

In court, Nalini had said that she and her husband, Murugan, who is also serving time in connection with the case, could not do anything for their daughter’s life and education, but wanted to make arrangements for her marriage.

Nalini had given birth to Harithra in prison.