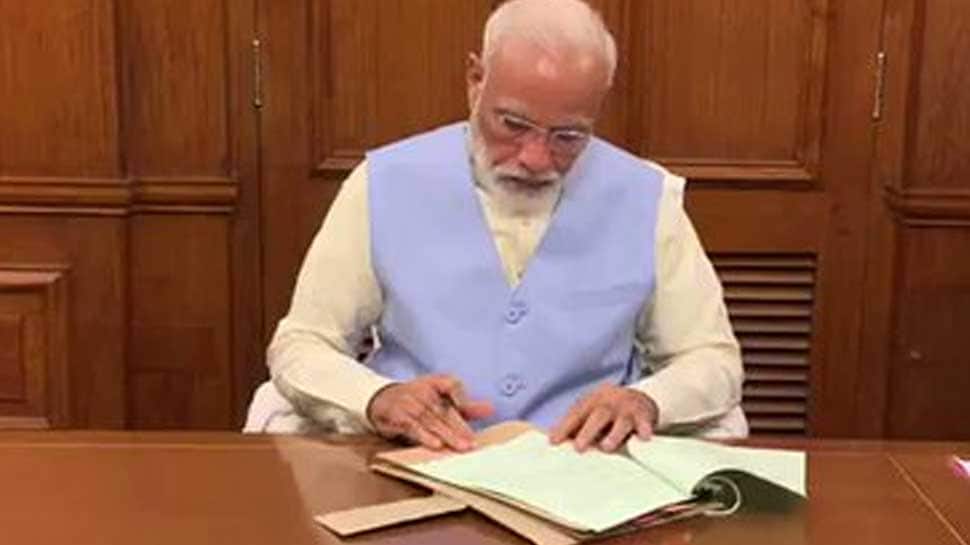 It was the first file signed by PM Modi after assuming charge in his second term as PM. The decision aims to enhance the amount of scholarships under the National Defence Fund and to include State Police Personnel in its ambit.

The rates of scholarship have been increased by 25% for boys and 33% for girls. The ambit of the Scholarship Scheme is extended to the wards of State Police officials who were martyred during terror or Naxal attacks.

PM Modi also took to Twitter to inform about the very first decision taken by the Union Cabinet.

''Our Government’s first decision dedicated to those who protect India! Major changes approved in PM’s Scholarship Scheme under the National Defence Fund including enhanced scholarships for wards of police personnel martyred in terror or Maoist attacks,'' PM tweeted.

Our Government’s first decision dedicated to those who protect India!

Earlier, the children of martyrs like Tukaram Omble were not eligible for this scholarship. This will remove this anomaly and help families of all those deceased while fighting terror/Naxals in state police forces.

''In line with the Prime Minister’s vision for India’s safety, security and the well-being of those who protect the nation, the very first decision of the Prime Minister Narendra Modi on assuming his office is approval to a major change in the ‘Prime Minister’s Scholarship Scheme’ under the National Defence Fund,'' a govt release said.

The Prime Minister has approved the following changes:

(ii) The ambit of the Scholarship Scheme is extended to the wards of State Police officials who are/were martyred during terror/naxal attacks. The quota of new scholarships for wards of state police officials will be 500 in a year. The Ministry of Home Affairs will be the nodal Ministry in this regard.

The National Defence Fund (NDF) was set up in 1962 to take charge of the voluntary donations in cash and kind received for promotion of the national defence effort, and to decide on their utilisation.

Currently the fund is being used for the welfare of the members of the Armed Forces, Para Military forces and Railway Protection Force, and their dependents. The fund is administered by an Executive Committee with the Prime Minister as the Chairperson and the Defence, Finance and Home Ministers as Members.

Under National Defence Fund major scheme of ‘Prime Minister’s Scholarship Scheme (PMSS)’ is being implemented to encourage technical and post-graduate education for the widows and wards of the deceased/ex-service personnel of Armed Forces and Para Military Forces and Railway Protection Force. Scholarships are available for education at technical institutions (medical, dental, veterinary, engineering, MBA, MCA and other equivalent technical professions with suitable AICTE/UGC approval).

Supporting those who make our society more secure:

As a nation, it is our duty not only to express gratitude but also do things that improve the welfare of the police personnel and their families. It is in this spirit that the Prime Minister has taken the decision.. The availability of scholarship with enable more youngsters from police families to study and excel in different fields. It will have an empowering effect on several bright young minds.

It may be recalled that it was under the first tenure of PM Modi that a National Police Memorial was built and dedicated to the nation. This Memorial stands as a testimony to the courage and sacrifice of our policemen and will continue to inspire crores of Indians.