Amit Shah claimed that Odisha government refused to join Ayushman Bharat as they fear that if this Yojana is implemented then PM Modi will become popular there. 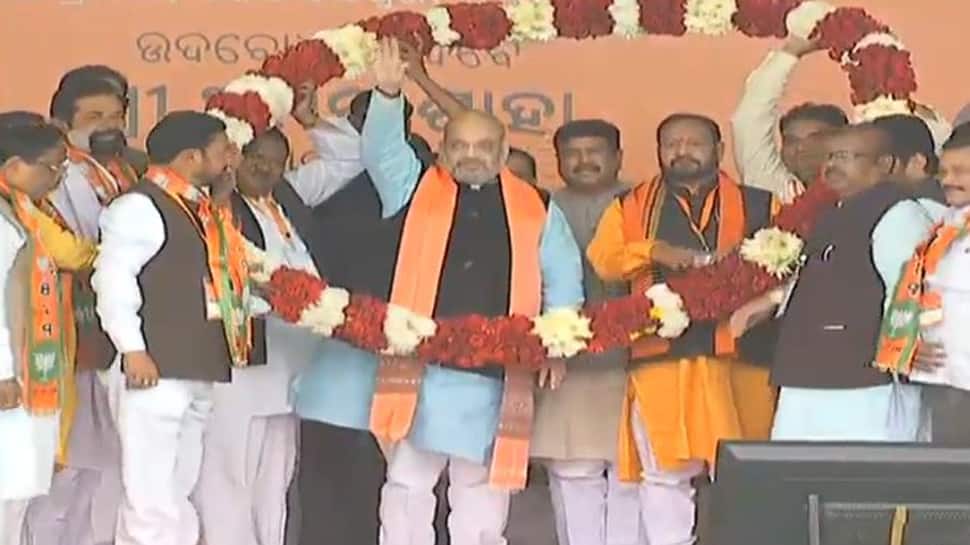 Kulia: BJP president Amit Shah on Tuesday slammed the ruling Biju Janata Dal government (BJD) claiming that despite the flow of huge funds from the Centre, Odisha is backward due to the "inefficiency" and "inaction" on the part of the Naveen Patnaik government.

He also hit out at the previous Central government making the point that the Modi government had worked hard for the betterment of the state. "Congress ruled for decades but poor did not get the basic amenities such as gas connections, electricity and medical facilities. Under the UPA government, the 13th Finance Commission gave only Rs. 79,000 crore to Odisha while, in the 14th Finance Commission, the BJP led government gave Rs. 2,11,510 crore for the development of Odisha," Shsh said.

Shah exuded confidence that the BJP will retain power at the Centre in the Lok Sabha election because the Narendra Modi government has sincerely worked for the welfare and development of the poor and people belonging to Scheduled Tribes and Scheduled Castes. "Under the leadership of Modi ji, we are working for New Odisha. What is “New Odisha”? Where no one is unemployed, better medical facilities are available and no one is below the poverty line," he said.

He also lashed out at the Mahagathbandhan of opposition parties claiming that it was leaderless alliance. "How can they form a strong government," Shah asked.