Describing his situation after he was injured, Tomy said he was badly injured and pulled himself into the boat somehow. 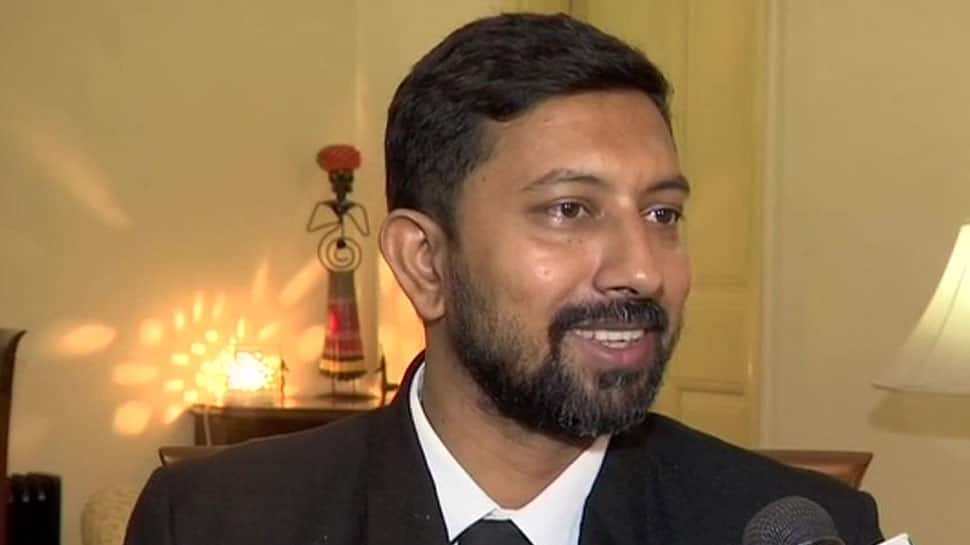 Indian Navy Commander Abhilash Tomy, who was injured in 2018 in the Indian ocean during a global circumnavigation race, on Wednesday said he wants to return to the sea immediately after recovering fully from his injuries.

Describing his situation after he was injured, Tomy said he was badly injured and pulled himself into the boat somehow. Recalling the incident, he added that he was left injured for three days as the rescue vessel was taking time to reach him.

He also recalled that Prime Minister Narendra Modi called him up to enquire about his wellness two days after he was rescued. He had told the PM him that he would return to the sea and go sailing as soon as he recovered fully.

"I am recovering from my injuries that I had sustained during the race and I hope to recover fully in near future. I want to get back to the sea immediately after that. I was badly injured and I pulled myself into the boat somehow. I was left injured for three days as the French vessel was taking some time to reach me," said Tomy.

"PM Modi called me up to know about my wellness two days after I was rescued. I told him that I would return to the sea and go sailing as soon as I recover fully," added Tomy.

Tomy was injured after his vessel was hit by a vicious storm mid-way across the south Indian Ocean while taking part in the Golden Globe Race (GGR). Wave heights of 5 to 8 metres were being experienced in the area during the time of the rescue operations. He was rescued mid-sea by a French vessel in an immobile state south Indian Ocean.

He was transferred to French fishing Vessel Osiris for further treatment. "He has been rescued and has been pulled out on a stretcher by French Fishing Vessel Osiris. He is conscious and is in safe hands," Navy Spokesperson Captain DK Sharma had earlier said.

Aircraft P8i located the Navy Commander and his boat Thuriya in the Southern Indian Ocean. The Navy officer, who had earlier dismasted in extremely rough weather and sea conditions, was in communication with the Race Control at France through messages.

During the storm, Tomy got dismasted and suffered a back injury. According to the Indian Navy, Commander Tomy was representing India in the GGR 2018 on an indigenously built sailing vessel 'Thuriya'. The yacht was in the south Indian Ocean.

Commander Tomy is the only Indian to have circumnavigated the globe non-stop on the legendary sail Yacht INSV Mhadei. He was awarded Kirti Chakra in 2013 by the then President of India, Pranab Mukherjee. He is also a recipient of the Tenzing Norgay National Adventure Award.