Nearly three months after the Narendra Modi-led NDA government abrogated Article 370 that gave special status to J&K, the state was officially bifurcated into two Union Territories.  Following the creation of the two UTs, the President's rule imposed in undivided Jammu and Kashmir has been revoked. 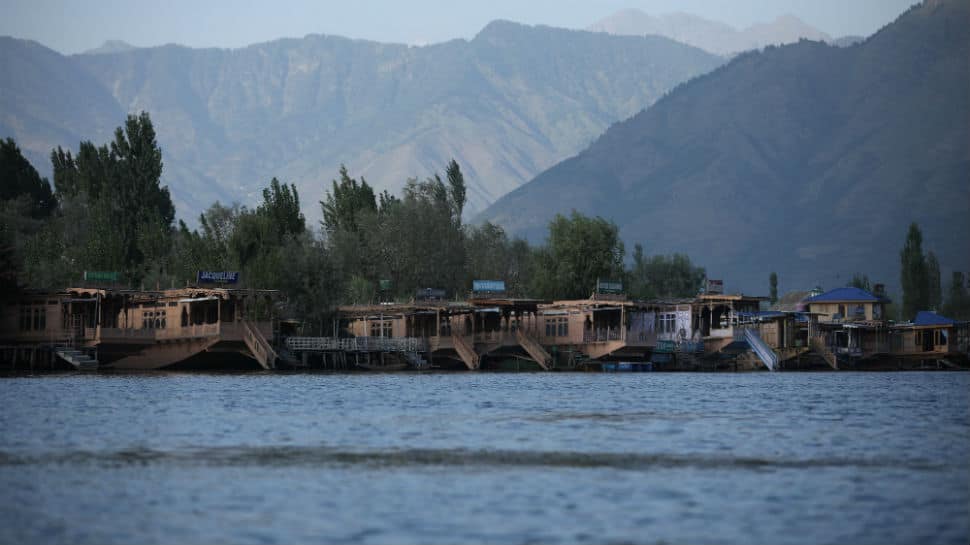 New Delhi: At the stroke of midnight on October 31, Jammu and Kashmir was formally bifurcated into two Union Territories - Jammu and Kashmir and Ladakh. Now, the Central laws, Ordinances and rules will be applicable to the UTs. The Jammu and Kashmir Reorganisation Act, 2019, came into existence from midnight.

On Thursday, Girish Chandra Murmu, a former bureaucrat from Gujarat, is to take oath as the first Lieutenant Governor of Jammu and Kashmir while former IAS officer RK Mathur will be sworn in as the first Lt. Governor of Ladakh.

Nearly three months after the Narendra Modi-led NDA government abrogated Article 370 that gave special status to J&K, the state was officially bifurcated into two Union Territories.  Following the creation of the two UTs, the President's rule imposed in undivided Jammu and Kashmir has been revoked.

As mentioned above, apart from all Central laws, at least 108 new laws will become applicable to the two newly-created UTs. Some of them include the Goods and Service Tax Act, National Human Rights Commission Act, Central Information Act, the Enemy Property Act and The Prevention of Damage to Public Property Act.

It must be noted that the two UTs come into existence on the birth anniversary of first Home Minister Sardar Vallabhbhai Patel, who is credited with the merger of over 560 princely states into the Union of India.

With the bifurcation of J&K, India now officially has 28 states and nine Union Territories. While J&K will have a legislature like Puducherry, Ladakh will not have one, like Chandigarh.

Under the special status, which was earlier given to J&K, those living in the state were governed under a separate set of laws as compared to other Indians. However, the abrogation of Article 370 means that J&K will no longer have a separate flag. People from around the country will have the liberty to buy property in J&K and settle there and also apply for jobs.

While J&K will continue to have five MPs in the Lok Sabha, Ladakh will have one MP. Similarly, J&K will have four MPs in the Rajya Sabha

With the reorganisation of the state, the J&K Legislative Council, also known as Upper House, has been abolished.

The government employees of the new UTs will get salaries and other benefits as per the recommendations of the 7th Pay Commission from October 31.

Here's a recap of the notable changes that come into effect from now onwards.

- Law and order will remain with the Centre, which now also has the power to declare a financial emergency under Article 360 in the state.

- LG replaces Governor: The Governor of current J&K will be the Lt Governor of the J&K and Ladakh UTs.

- Tenure of Assembly: New Assembly will have a term of 5 years in place of the current 6 years.

- Strength of Assembly: New Assembly will have 107 MLAs. Out of these, 24 seats will be left vacant of PoK region.

- Current Assembly: The outgoing Assembly had 111 members, in which 87 were elected members, 2 were nominated, while 24 seats in PoK were left vacant.

- Nominated members: Under the new law, LG can nominate two women representatives in the J&K Assembly if he/she feels there is an inadequate female representation.

- LG can reserve his consent: All the bills passed by the Assembly will be sent to LG for his consent.

- LG can give his assent, withhold it or send the bill for consideration of the President.

- Parliament to have primacy: If there is any inconsistency, Law by Parliament will prevail over any law passed by the new Assembly.

- Council of Ministers: CM will have a council of ministers consisting not more than 10% of the total members of the Assembly.

- J&K state at the 15 position has been deleted from the States List in the First Schedule of the Constitution.

- A new entry of J&K UT has been added in the Union Territories list at the 8th position in the First Schedule of the Constitution.

- Delimitation would happen on the basis of 2011 census.

- High Courts: J&K and Ladakh will continue to have a common High Court.

- The day will be marked by GC Murmu being sworn in as the first lieutenant governor of the Union Territory of Jammu and Kashmir.

- Another former civil servant, Radha Krishna Mathur, will take office as the lieutenant governor of Ladakh, the Buddhist-dominated region.

- The government employees of the new UTs will get salaries and other benefits as per the recommendations of the 7th Pay Commission from October 31.

- People from around the country will have the liberty to buy property in J&K and settle there and also apply for jobs.

On Sardar Patel's birth anniversary, PM Modi to pay tribute to him at Statue of Unity, nation gears up for 'Run For Unity'