India advised Pakistan to look into its own cases of enforced disappearances and extrajudicial killings in Balochistan and Sindh. 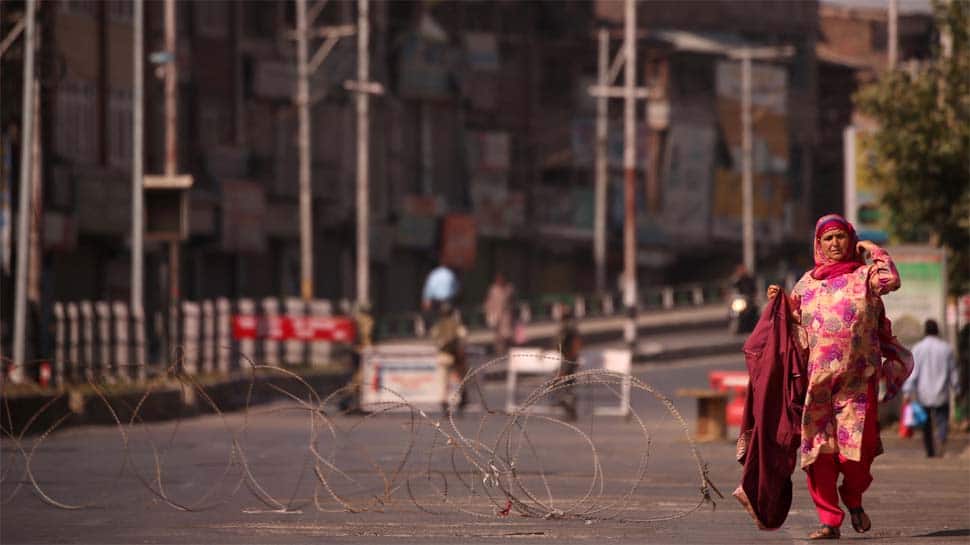 A Kashmiri woman walks past concertina wire laid across a road during restrictions, in Srinagar (Reuters Photo)
Share:
Reported By:

Geneva, Switzerland: India has yet again slammed Pakistan at United Nations for raking Kashmir. New Delhi advised the neighbouring nation to look into its own cases of enforced disappearances and extrajudicial killings in the provinces of Balochistan, Sindh and other regions instead of peddling false narrative on the Kashmir.

Last month, India abrogated Article 370 which gave special status to the erstwhile state of Jammu and Kashmir. It further bifurcated the state into two Union Territories – J&K and Ladakh.

Speaking at the 42nd session of the United Nations Human Rights Commission, Kumam Mini Devi, Second Secretary in India`s Permanent Mission at UNHRC, said, "It's not surprising that Pakistan continues its blatant misrepresentation of facts and false narratives. We will advise Pakistan to look into its own cases of enforced disappearances and extrajudicial killings which are in millions, particularly in Pakistan Occupied Kashmir, Khyber Pakhtunkhwa, Balochistan and Sindh."

“We'll also advise Pakistan to accept the reality that Article 370 is entirely an internal matter of India. All Pakistan’s hysterical statements with false, fabricated narratives are not going to change this fact," she said.

“History has witnessed that the people of Jammu and Kashmir as citizens of India have repeatedly reposed their faith in Indian democracy by actively participating in free and fair elections held at all levels,” she added.

Presenting India's statement at a UN debate, First Secretary in the Permanent Mission of India to the U.N. Sandeep Kumar Bayyapu said, "There has been yet another attempt by one delegation to misuse this forum to spread baseless and deceitful narratives about my country."

Calling Islamabad's attempts unsuccessful, Bayyapu added, "truth is that the delegation represents a geographical space that is now widely known as the hub of terrorism that has jeopardized innocent lives in our region and beyond."

Balochistan and Sindhi activists protested at Broken Chair in front of the United Nations office against enforced disappearances and atrocities committed by Pakistan Army.

The Indian delegation led by Secretary east Vijay Thakur Singh called the decision as a sovereign one taken by Parliament and slammed Islamabad for interfering in India's internal matter. India has also highlighted the plight of minorities in the country.

Both Indian Prime Minister Narendra Modi and Pakistan Prime Minister Imran Khan will be heading to New York by the end of the month for the 74th session of the UN General Assembly. Both will be speaking on September 27. This will be the second time PM Modi will be addressing UNGA since 2014.