NHAI a 'gold mine,' Delhi-Mumbai Expressway to fetch Rs 1,000 to 1,500 crore revenue every month: Nitin Gadkari

The Delhi-Mumbai Expressway is likely to be completed by March 2023 and is being built as part of the first phase of the 'Bharatmala Pariyojana'. The eight-lane expressway, covering Delhi, Haryana, Rajasthan, Madhya Pradesh and Gujarat, is expected to halve the commute time between the national capital and the country's financial hub from nearly 24 hours to 12 hours. 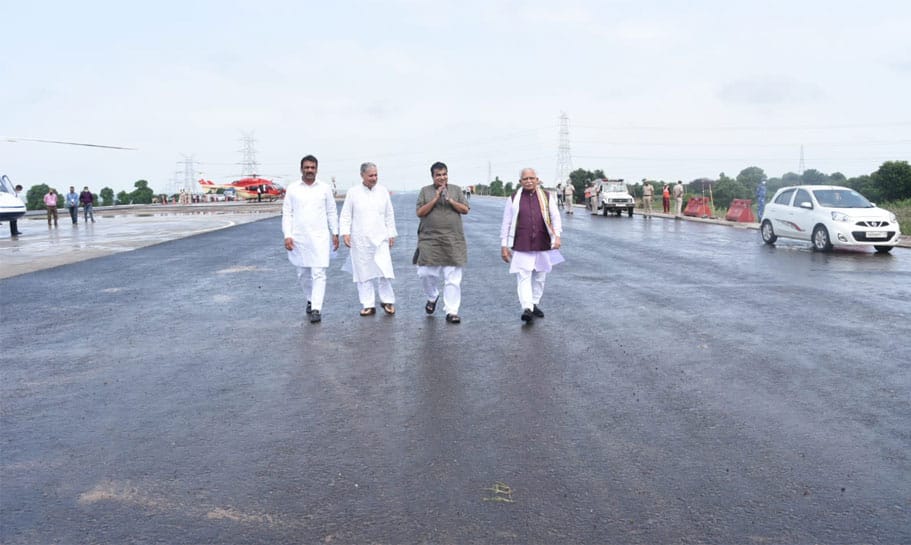 New Delhi: The Centre will get toll revenues worth Rs 1,000 to 1,500 crore every month once the much-awaited Delhi-Mumbai Expressway becomes operational in 2023, Union Minister Nitin Gadkari said on Sunday. The senior BJP leader also described state-owned NHAI as a "gold mine" for generating income.

Steering the ambitious drive to expand the country's road infrastructure for the past seven years, a confident Gadkari also asserted that the National Highways Authority of India (NHAI) will rake in annual toll income to the tune of Rs 1.40 lakh crore in the next five years from the current level of Rs 40,000 crore.

Gadkari, who just completed a whirlwind tour to assess the progress of the Delhi-Mumbai Expressway that will pass through four states apart from the national capital, said the national highways infrastructure is a world-class success story.

The eight-lane expressway, covering Delhi, Haryana, Rajasthan, Madhya Pradesh and Gujarat, is expected to halve the commute time between the national capital and the country's financial hub from nearly 24 hours to 12 hours.

Against the backdrop of concerns being flagged about NHAI being saddled with high level of debt, the Union Road Transport and Highways Minister pointed out that the nodal agency has received 'AAA' rating and all its road projects are productive.

'AAA' is one of the highest credit ratings and indicate robust financial position.
"NHAI was not in a debt trap, and it will never be in debt trap in future. It is a gold mine, and is on strong footing... In the next five years, NHAI's toll income will rise to Rs 1.40 lakh crore per year from current toll income of Rs 40,000 crore," Gadkari noted.

In March, the Department-related Parliamentary Standing Committee on Transport, Tourism and Culture had expressed its displeasure over a whopping Rs 97,115 crore-debt servicing liability on NHAI.

Recently, the minister informed Rajya Sabha that total borrowings of NHAI increased to Rs 3,06,704 crore at the end of March this year from Rs 74,742 crore in March 2017. While noting that investments in the infrastructure sector will create employment and accelerate the country's economic growth, Gadkari said, "We (NHAI and the ministry) are working on projects worth lakhs of crores".

When the economy is on a decline, "then economics tells us that there is a need to increase investments in infrastructure", he added. The country's economy has been adversely impacted by the coronavirus pandemic and is slowly on the recovery path.

Child marriage cases went up by 50% in 2020, maximum in Karnataka