According to reports, the NIA will also take the arms and ammunition, that was recovered from Singh's residence during a raid, into its possession. 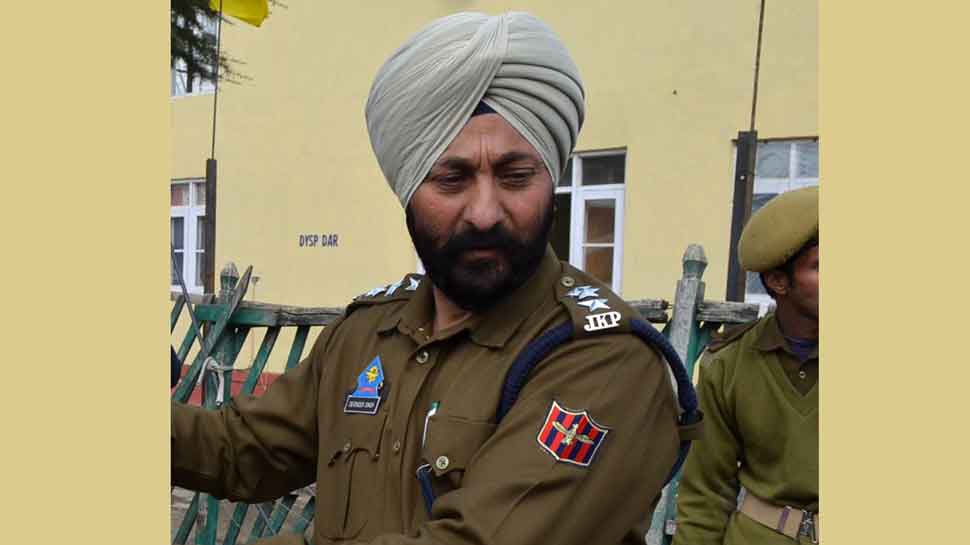 New Delhi: The National Investigation Agency (NIA), which is probing the arrest of Jammu and Kashmir DSP Devinder Singh for ferrying Hizbul Mujahideen terrorists, is expected to bring the suspended cop to Delhi for interrogation. The Ministry of Home Affairs (MHA) on January 16 asked the agency to start the investigation into Singh's arrest and take a close look at his alleged involvement with terror groups, according to news agency ANI.

According to reports, the NIA will also take the arms and ammunition, that was recovered from Singh's residence during a raid, into its possession. A day after Singh's arrest, the Jammu and Kashmir Police conducted raids at the police officer's properties and recovered AK-47, hand grenades and a pistol.

Devinder Singh was arrested on Saturday along with Hizbul Mujahideen commander Naveed Babu, his accomplice Rafi Ahmad and a lawyer named Irfan from a car on the highway near Kulgam. He was allegedly helping Babu travel to Pakistan in connivance with Irfan.

Baba is an ex-cop who disappeared in 2017 and joined militancy. He was the second top commander of Hizbul Mujahideen in south Kashmir area after Riyaz Naikoo. According to the police, Baba was involved in the killing of many policemen and burning of orchards in Shopian. There are 17 cases said to be registered against Baba.

Following his arrest, he was interrogated by a joint team of the Centre and Jammu and Kashmir and was booked under the Unlawful Activity Act. During his interrogation, Singh maintained that he had no any link to Hizbul militants and that he was taking the terrorists to surrender; but interrogators have dismissed his claims.

According to IANS sources, a sum of Rs 12 lakh may have been given to Singh to move out the two Hizbul militants to Jammu on their way to Chandigarh and onward to Delhi to carry out attacks on or before the Republic Day.

Davinder Singh was posted with the anti-hijacking unit at Srinagar Airport and was one of the officials that received the 16-member delegation of foreign ambassadors which visited Kashmir on Thursday. On January 13, he was suspended from his services and is likely to be stripped of all his awards, including a gallantry medal for anti-militancy operations on August 15 last year.

Intelligence sources told IANS that Singh disclosed that he had put up the terrorists at his Indira Nagar house in Srinagar, right next to the Army's 15 Corps Headquarters, and thereafter accompanied them to Jammu in a car driven by the Hizbul overground worker.

Since the arrest of Singh and the two Hizb militants, security agencies carried out multiple raids across the Union Territory, especially Srinagar and south Kashmir, and seized a huge cache of arms and ammunition stashed by the officer and the terrorists.