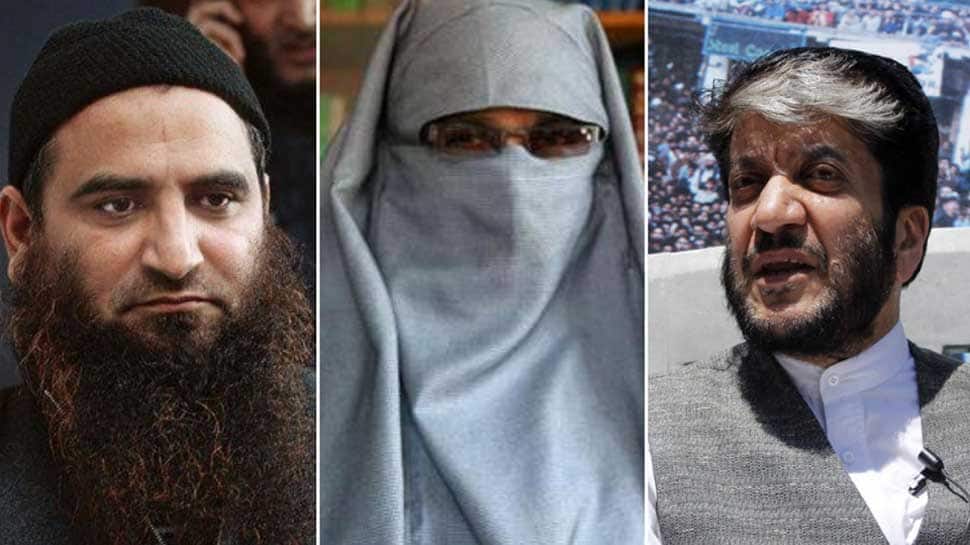 New Delhi: The National Investigating Agency (NIA), which has been probing the J&K terror funding case, has tightened its noose around Kashmiri separatists - Shabir Shah, Asiya Andrabi and Masarat Alam Bhat - for their alleged links with the Pakistani Army and its notorious spy agency ISI.

The three Kashmiri separatists were arrested on Tuesday in connection with the terror funding case and produced before a Delhi court which remanded them to a 10-day custodial interrogation by the NIA.

According to the inputs gathered by the NIA,  Asiya Andrabi, who is the chief of pro-Pakistan outfit Dukhtaran-e-Millat, has close links with the Pakistani Army and use to receive funds from its spy agency the Inter-Services Intelligence.

NIA sources claimed that Asiya Andrabi's nephew is a captain rank officer in the Pakistan Army. Other members of her family and some close relatives also have links with the Pakistan Army and ISI.

Some of Asiya's relatives, who live in Dubai and Saudi Arabia, regularly send her funds for subversive activities against India.

Asiya, a science graduate from Kashmir University, made headlines when she unfurled a Pakistan flag and recited the Pakistani anthem in Srinagar four years ago.

LeT chief Hafiz Saeed is believed to be the brain behind this brazen act of Asiya Andrabi.

In its chargesheet, the NIA has claimed that Asiya used to receive funds from Hafiz Saeed, the founder of Jamaat-ud-Dawah and mastermind behind terror outfit LeT for fanning anti-India activities in the Kashmir Valley.

Intelligence inputs gathered by the NIA reveal that 'hawala' operators linked with LeT operatives in Saudi Arabia and Lahore played a key role in providing a cash flow to Aasiya and her outfit.

The money was distributed to stone-pelters and supporters of Hurriyat who organised violent protests against the government in Srinagar and other parts of the Valley.

Besides Asiya, separatist leaders Shabir Shah and Masarat Alam have also been receiving funds and conniving with terrorist organisations such as Hizbul Mujahideen and the Lashkar, the NIA claims.

The three separatists will now be interrogated by the NIA sleuths for more leads.

The three Kashmiri separatists, who are currently lodged in Delhi's Tihar Central Jail, also face an investigation by the Enforcement Directorate (ED) and the NIA for receiving funds from Pakistan-liked terrorist outfits.

It's said that National Security Advisor Ajit Doval, who spear-heads the Centre`s strategy in the Valley on the terror front, is personally monitoring the cases against the three Kashmiri separatists.

In its charge sheet last year, the NIA has revealed separatist leaders received money from an ISI operator. The operator had been close to officials in the Pakistan High Commission in New Delhi and was also linked with a source in Dubai.

The money trail from across the border is now being investigated by the ED. The ED also has ample evidence against the separatist leaders who received funds from the ISI to create chaos in the Valley.