NITI Aayog rubbishes report of unemployment in India at 45-year high, says its 'not verified' 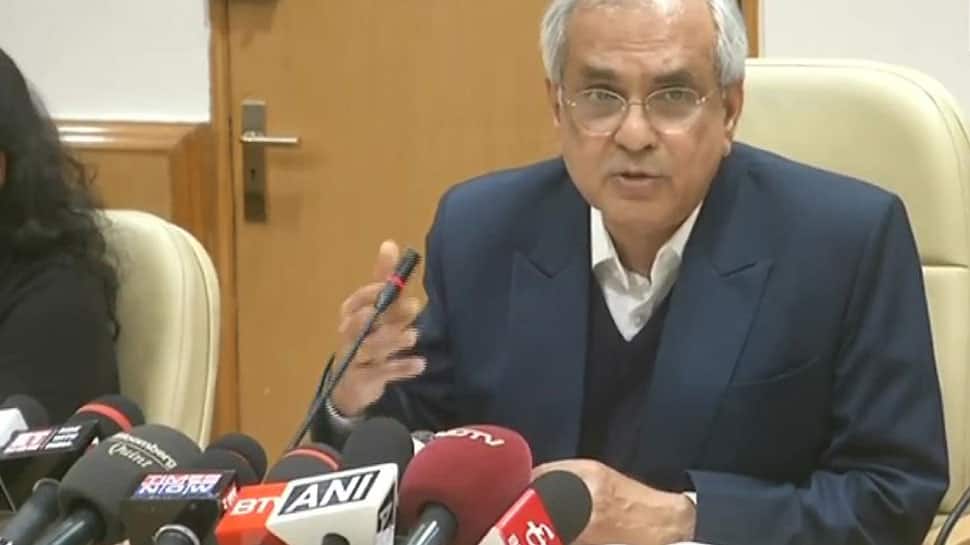 NEW DELHI: The NITI Aayog on Thursday said that a yet-to-be-released report, which claims that the rate of unemployment is at a 45-year high in 2017-18, is not verified.

Addressing a press conference in the national capital, the vice chairman of the NITI Aayog Rajiv Kumar said, ''The report that says unemployment is at a 45-year high in 2017-18 is not verified. (The) the government did not release the data (on jobs) as it is still being processed. When the data is ready we will release it,'' the NITI Aayog Vice Chairman added.

NITI Aayog Vice Chairman Rajiv Kumar: Government did not release the data (on jobs) as it is still being processed. When the data is ready we will release it. pic.twitter.com/2aO9uFxKUu

''Data collection method is different now and we are using a computer-assisted personal interviewee in the new survey. It is not right to compare the two data sets, this data is not verified. It is not correct to use this report as final,'' Kumar said while attempting to dispel concerns over the rising rate of unemployment in the country.

NITI Aayog Vice Chairman Rajiv Kumar: Data collection method is different now, we are using a computer assisted personal interviewee in the new survey. It is not right to compare the two data sets, this data is not verified. It is not correct to use this report as final. pic.twitter.com/AVUuD0wYDZ

The clarification from the NITI Aayog came as the opposition mounted attack on the Bharatiya Janata Party-led National Democratic Alliance (NDA) government over the National Sample Survey Office (NSSO)'s periodic labour force survey (PLFS), which was withheld by the government but accessed by a newspaper.

The report, revealed a day before the government's Interim Budget, triggered a row just a few months ahead of the Lok Sabha election, due by May.

The controversy erupted after the acting chairman and another member of the body that reviewed the jobs data resigned, saying there had been a delay in its scheduled December release.

The head of the government-funded National Statistical Commission, PC Mohanan, said he and colleague J Meenakshi were unhappy at the non-publication, alleging interference by other state agencies.

Latching on to the opportunity to attack the government, Congress chief Rahul Gandhi said that contrary to Prime Minister Narendra Modi's promise of creating 2 million jobs a year, the unemployment rate had reached its highest in 45 years, and 65 million youth were jobless in 2017-18.

The assessment by the National Sample Survey Office (NSSO) conducted between July 2017-June 2018 showed the unemployment rate stood at 6.1 percent, the highest since 1972-73, according to the newspaper report.

In 1972-73, the NSSO data showed unemployment at 5.18 percent, after global oil shocks and war with Pakistan.

The report said that joblessness stood at 7.8 percent in urban areas compared with 5.3 percent in the countryside. The unemployment rate for rural women stood at 13.6 percent, compared to 4.8 percent in 2011-12.

The data provides the first comprehensive assessment of the country's employment since PM Modi`s decision in November 2016 to withdraw most of the country`s banknotes from circulation overnight.

After the chaotic launch of Goods and Services Tax (GST) in July 2017, hundreds of thousands have lost jobs in small businesses.

A report released by the All India Manufacturers` Organisation said last month 3.5 million jobs had been lost since 2016, mainly due to demonetisation and rising working costs after the launch of the national tax.

The gloomy jobs data could be awkward for PM Modi`s government to explain with a general election looming and opinion polls already showing the ruling Bharatiya Janata Party unlikely to keep its parliamentary majority.

Critics say PM Modi`s push for raising the share of domestic manufacturing from 17 percent of GDP to about 25 percent has not taken off over the last four years.

PM Modi came to power in 2014 promising to galvanise the economy and boost employment prospects for the millions of young Indians entering the job market each year.

But, while India`s economy has been expanding by 7 percent plus annually - the fastest pace among major economies - its uneven growth has meant that there are not enough new jobs to keep pace. And critics say the government`s claims of economic success have sounded increasingly hollow.

Earlier this month, the Centre for Monitoring Indian Economy, a leading independent think-tank, said the country lost as many as 11 million jobs last year.