While lakhs of people in Bihar have been affected by floods, the Darbhanga district administration chose to extend a green carpet welcome to Chief Minister Nitish Kumar. 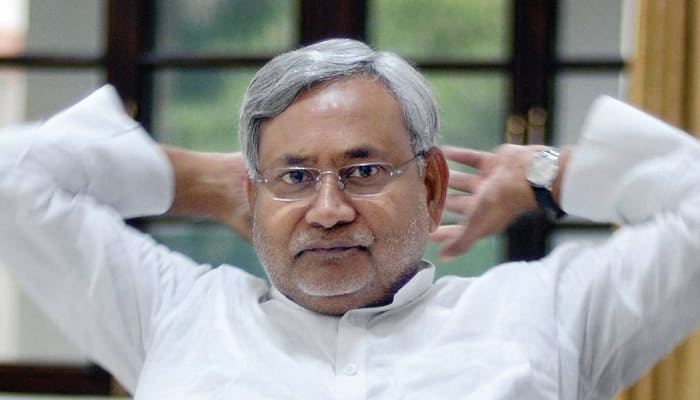 A visit by Bihar Chief Minister Nitish Kumar to Darbhanga to take stock of flood situation has triggered row. While lakhs of people in the state have been affected by floods, the Darbhanga district administration chose to extend a green carpet welcome to the Chief Minister, raising several questions on the apathy shown.

The warm welcome for Nitish Kumar triggered severe criticism in the wake of the fact that lakhs of people are deprived of basic amenities and foods due to the grim situation of floods.

When the Chief Minister went to a rehabilitation camp for flood victims in Darbhanga district’s Mirzapur village, the administration thought of extending a special welcome. A green carpet was laid at a government which was converted into a temporary rehabilitation camp.

The green carpet was laid at all places where the Chief Minister was slated to visit so that his feet do not get soiled. He was accompanied by minister Madan Sahni, RJD leader Abdul Bari Siddiqui, Chief Secretary Deepak Kumar, Chief Minister’s Principal Secretary Chanchal Kumar, among others.

Former Bihar chief minister and Rashtriya Janata Dal (RJD) leader Rabri Devi targeted Nitish Kumar over the issue, saying, “this could happen only in Bihar”. She pointed that while the people of state were in misery, a warm welcome was being extended to the Chief Minister.

Congress leader Premchand Mishra also targeted the Janata Dal United supremo over the issue, saying that the government’s initiatives for relief and rescue of flood victims was just an empty show.

However, Bharatiya Janata Party (BJP) MLC Naval Kishore Yadav rallied behind Nitish Kumar. He said that the welcome of the Chief Minister won’t be determined on the opinion of opposition parties or media.

Earlier, questions were also raised on the aerial survey of flood-affected areas by the Chief Minister.