Nitish Kumar is certainly a PM material, but he is not a candidate for the post: JD(U)

Nitish Kumar's JD(U) is a part of the BJP-led NDA. He refused to make any comments on KC Tyagi's remarks. 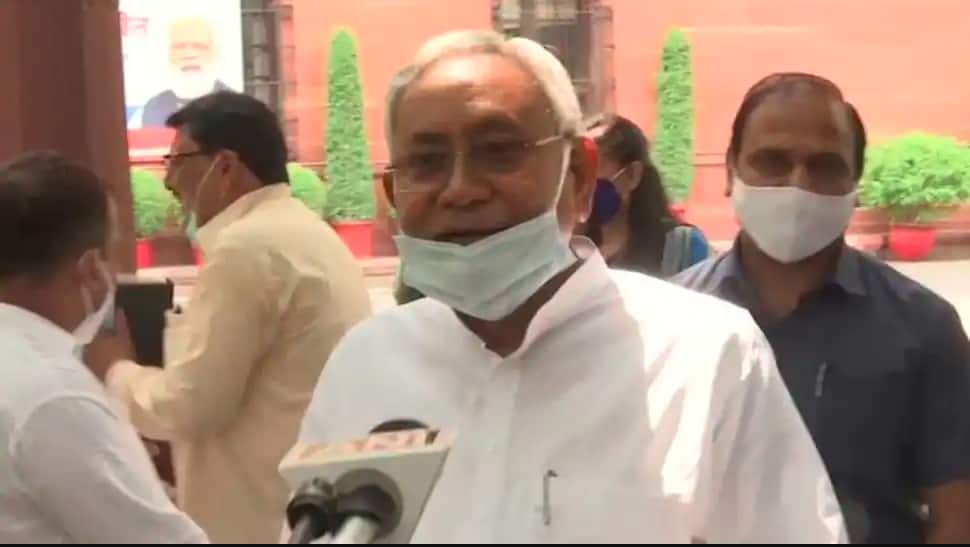 Bihar Chief Minister Nitish Kumar is not in the race for the post of the prime minister though he has all the qualities required to become one, his party, the Janata Dal (United), said on Sunday. The party is an ally of the BJP at the Centre as well as in the state.

"Nitish Kumar is not a candidate for the post of the prime minister. The JD(U) is the most trusted member of the National Democratic Alliance (NDA) and Prime Minister Narendra Modi is the leader of the alliance. But he (Kumar) certainly is a PM material," JD(U) General Secretary and spokesperson K C Tyagi told reporters after the party's national council meeting in Patna.

To a question, he said the JD(U) will contest the assembly elections in Uttar Pradesh and Manipur in 2022. "Our priority will be to form an alliance with the BJP (for the polls). If that does not happen, we will contest independently," the senior JD(U) leader said.

The party had not contested the UP assembly elections in 2017.

On the JD(U)'s demand for caste-based census in the country, Tyagi said, "A delegation led by the CM recently briefed the PM on the caste-based ensus and urged him to take an appropriate decision. The PM listened to the delegation. The caste census should be done at least once. It will be easy for the government to identify the poor other than Dalits and help formulate schemes for their welfare."

The caste-based census has not taken place in the country since British rule.

There is a view that a caste census will bring the Mandal politics to the centre stage of politics and can be an effective weapon in the hands of regional parties to counter the BJP's Hindutva and welfare planks, the twin issues used by the saffron party to make inroads into the OBC vote bank at the expense of state-based parties.

The BJP leadership has so far not taken a categorical stand on the issue which has been lapped up by a number of regional parties, many of them its rivals in different states.