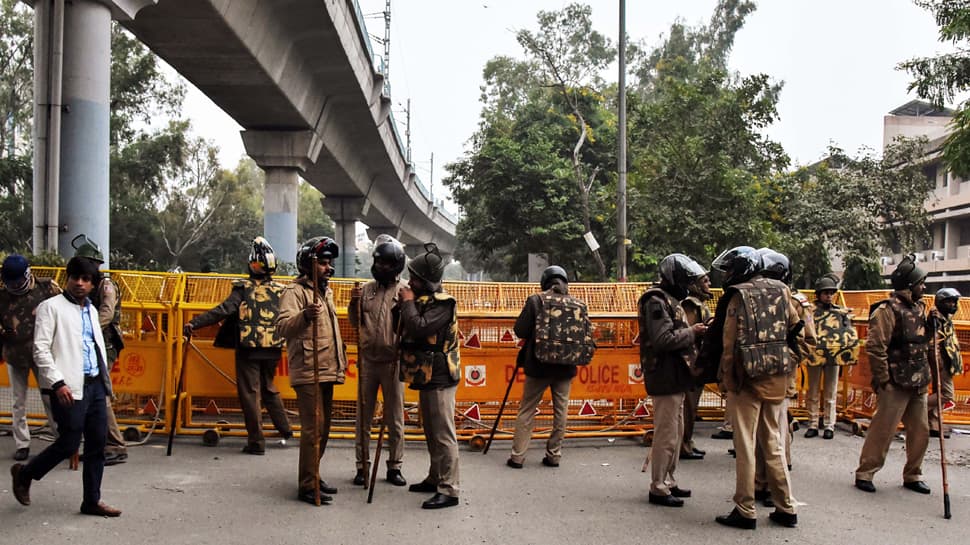 The Delhi Police didn't fire any bullet during the massive protests against the Citizenship (Amendment) Act at Jamia Millia Islamia, the Ministry of Home Affairs (MHA) sources said on Tuesday. The violent protests took place on December 15 (Sunday).

On the police arresting 10 people for indulging in arson and setting the vehicles ablaze during protests, the ministry sources asserted that all the 10 persons detained have a criminal background. It added that more anti-social elements are being tracked. "No bullet fired from Delhi Police during Jamia protest. All 10 persons detained have a criminal background. More anti-social elements being tracked," said the MHA.

The MHA sources added that the preliminary information, regarding the Jamia incident, submitted by the Delhi Police clearly stated the role of anti-social elements who are not at all any part of university curriculum course were also highly active during the violence.

It added, "As of now information about the involvement of atleast 40-50 such type of persons have been gathered by the police and other agencies. The information received by the MHA also states that evidences collected from spot indicate that involvement of organised groups have instigated the violence. Investigating agencies are also exploring role of foreign hand in violence outspread across the country."

Earlier on Monday, the Delhi Police lodged an FIR against 15 people for their alleged involvement in the protests that took place on Sunday. The agitators had set ablaze four buses near New Friends Colony, injuring at least six policemen and two fire brigade personnel. Locals of the Sarai Julema are in Jamia Nagar had allegedly clashed with police. The situation turned critical when the police got into action. Several Jamia students are also said to have been injured in the clash. Around 100 students were also detained by the police but were released later.

Speaking to the media, Chinmoy Biswal, Delhi Commissioner of Police South East, said that a mob of around 2,000 people turned violent and targeted public transport buses. "This mob was violent. Around 6 policemen have been injured in the stone-pelting. We are yet to ascertain the identities," Biswal said.