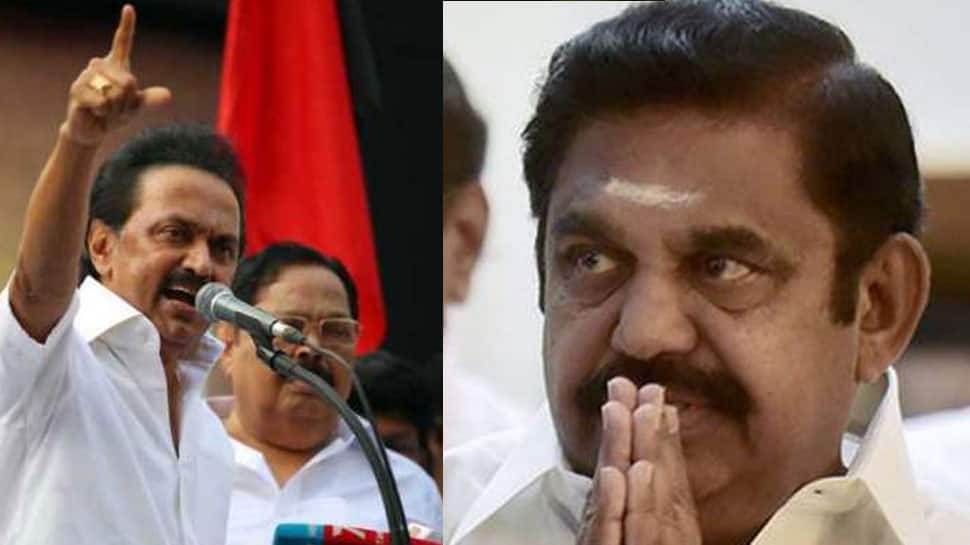 The Tamil Nadu Assembly is set to witness intense action in the upcoming session, when it convenes on Friday. Besides the state’s severe water woes, one of the major issues that would hog the limelight would be the No-confidence motion moved by the Opposition Party DMK against the Assembly Speaker for allegedly performing his duties in a partisan manner. The No-Confidence motion is to come up on July .

On April 26, the AIADMK party Chief whip S. Rajendran had submitted a recommendation to Assembly Speaker P. Dhanapal regarding the disqualification of three AIADMK MLAs on the grounds of ‘anti-party’ activities. The MLAs are E.Rathinasabapathi, V T Kalaiselvan and Prabhu, who were elected from Aranthangi, Vridhachalam and Kallakurichi Assembly constituencies respectively.

It was perceived that the AIADMK had attempted to disqualify the MLAs in order to reduce the strength of the house, in order to safeguard their government if they fell short of seats in the 22 bye-polls to Assembly seats.

On April 30, Members of Tamil Nadu’s opposition party, the DMK met the Tamil Nadu Assembly Secretary on May 2nd to present a notice to move a no-confidence petition against the Assembly Speaker. This is in line with the party President M K Stalin’s earlier statement that the party would move a no-confidence motion against the speaker, if he were to act in a biased manner.

However, the Supreme Court issued an interim stay on a notice sent by the Tamil Nadu Speaker to three MLAs of the ruling AIADMK, who were said to be loyal towards the TTV Dinakaran-led AMMK camp. Two of the MLAs who had received the notice from the Assembly Speaker P. Dhanapal had approached the Supreme Court to stay the notice sent by the Speaker.

As the results to the bye-polls are declared, the Tamil Nadu Assembly will now witness the participation of 232 legislators, out of the total house strength of 234. In the bye-polls the ruling AIADMK won 9 seats, giving it  up to 123 MLAs, well past the halfway mark of 118.

Whereas, the DMK won 13 seats, taking its individual tally up to 101. When added to the seats of its allies- the Congress and IUML, the DMK has 108 seats in the House. AMMK chief TTV Dhinakaran is the sole independent MLA in the House.

The State Assembly has not regained its full-strength of 234 members since 2017. The state is expected to face two more bye-polls in coming months. One is the Vikravandi Assembly constituency where the incumbent DMK MLA K Radhamani passed away. The Nanguneri Assembly constituency which was recently vacated by newly-elected Congress Kanyakumari MP H Vasanthakumar is also to expected have bye-polls. Elections to the Vellore Lok Sabha constituency, which were rescinded in May this year due to large-scale cash distribution and malpractices, are also due.