No detention centres in West Bengal as long as I am alive: Mamata Banerjee

The West Bengal Chief Minister Banerjee made these remarks at a programme in Naihati. 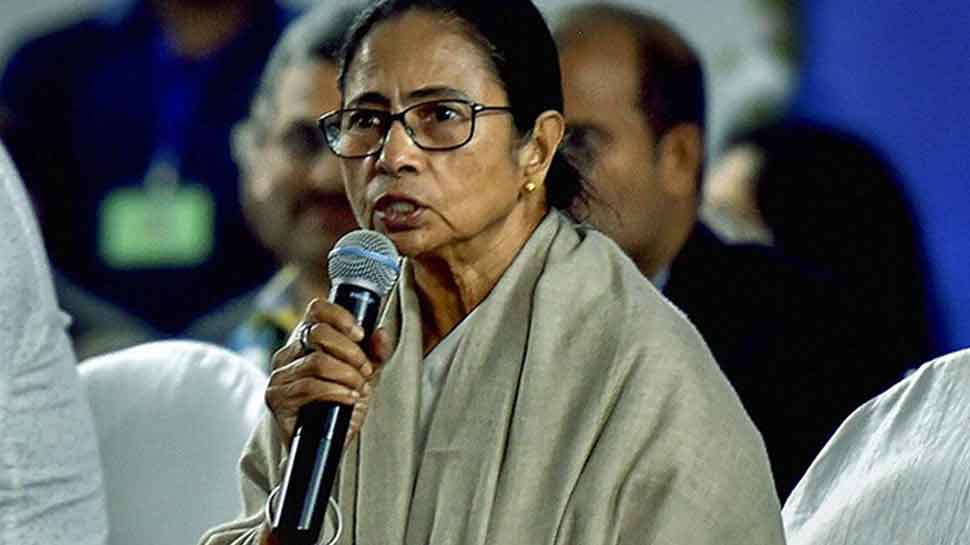 NAIHATI: West Bengal Chief Minister Mamata Banerjee on Friday said that the Citizenship (Amendment) Act will not be implemented in her state and no detention centres will come up here as long as she is alive. “As long as I am alive CAA will not be implemented in Bengal. No one has to leave the country or the state. There won’t be any detention centre in Bengal,” the West Bengal Chief Minister Banerjee said at a programme in Naihati.

Sending out a strong message to the Narendra Modi regime at the centre, the TMC supremo said that none can snatch away the rights of the people of the country, like citizenship. While expressing solidarity with the students and extending her full support to their protest across the country against the contentious CAA, she wondered why they can vote to elect a government on turning 18 but not have the right to protest.

''We will not allow NRC in Bengal, there will be no division on the basis of religion,'' the Bengal leader said. "Why can't students protest against a draconian law? The Centre is taking action against protesting students and is rusticating them from universities," she added.

Mamata’s comments came a day after a war of words between the BJP and the Congress over detention centres. Congress leader Rahul Gandhi had yesterday hit out at PM Narendra Modi’s for his ‘no detention centres’ remark and alleged that “RSS’s Prime Minister lies to Bharat Mata”.

The West Bengal Chief Minister had on Wednesday challenged the Centre on the contentious NRC issue and reiterated that she will never allow the exercise in the state. Union Home Minister Amit Shah had on Wednesday said a citizen's register on the lines of the NRC exercise in Assam will be implemented out across the country.

Stating that NRC in Assam was part of Assam Accord signed during the tenure of former prime minister Rajiv Gandhi, she said the exercise can never be implemented across the country. "There are a few people who are trying to create disturbance in the state in the name of implementation of NRC.

I want to make it very clear that I will never allow NRC in Bengal as long as I am in power in the state," she said at a public meeting at Sagardighi in the border district of Murshidabad. "No one can take away your (people) citizenship and turn you into a refugee. You are and will remain citizens of this country. There can be no division on the basis of religion," Banerjee, who is also the TMC supremo, said.

Claiming that there is a "conspiracy" afoot to divide the state into religious lines, Banerjee said if someone thinks that it will be easy to divide Bengal on communal lines then the person is "living in a fool's paradise". Bengal shares a long and porous border with Bangladesh and has about 30 per cent Muslim population.