No girl killed in Muzaffarpur shelter home, skeletons found not of minor inmates: CBI to SC

Appearing for the CBI, Attorney General KK Venugopal told the court that "No girl was killed in Muzaffarpur shelter home and skeletons found were not of inmate minors." 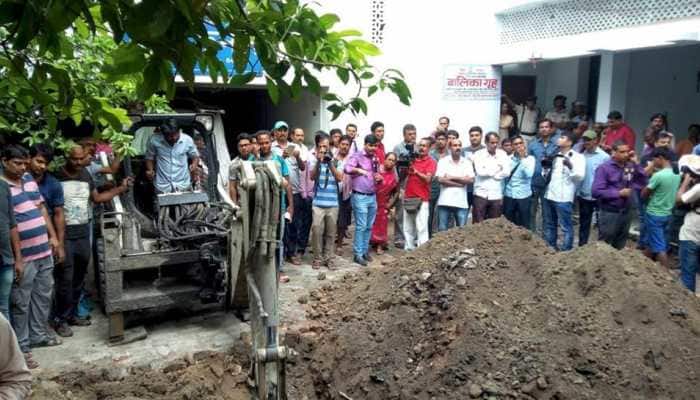 New Delhi: In Muzaffarpur shelter home abuse case, the Central Bureau of Investigation (CBI) on Wednesday told the Supreme Court that no girl was killed in the shelter home, and added that skeletons found at the shelter home were not of minor inmates.

The CBI submitted before the apex court that investigation in all 17 shelter homes cases, including Muzaffarpur(Bihar) shelter home abuse case, has been completed. Appearing for the CBI, Attorney General KK Venugopal told the court that "No girl was killed in Muzaffarpur shelter home and skeletons found were not of inmate minors."

A bench headed by Chief Justice SA Bobde today accepted the CBI's status report and allowed two officers to be relieved from the probe team.

The CBI told the apex court that two skeletons were recovered, but a forensic investigation later revealed it to be that of a woman and a man.

Notably, allegations of sexual and physical assaulted of several minor inmate girls at the NGO-run shelter home in Muzaffarpur had first come to fore following a report by Tata Institute of Social Sciences (TISS), submitted to the Bihar’s social welfare department in April 2018.

An FIR was lodged in May 2018 against 11 people, including prime accused Brajesh Thakur. The Supreme Court had tasked the CBI with probing similar allegations of sexual and physical assault at 16 other shelter homes in Bihar, flagged by the TISS in its audit report.

There were allegations of the involvement of outsiders who facilitated the sexual assaults on the inmates, after administering them intoxicants as well as trafficking girls from the shelter home.