The Union Minister appealed to protesting students to 'study the Act' in which there is 'no provision' to take away the citizenship of anyone. 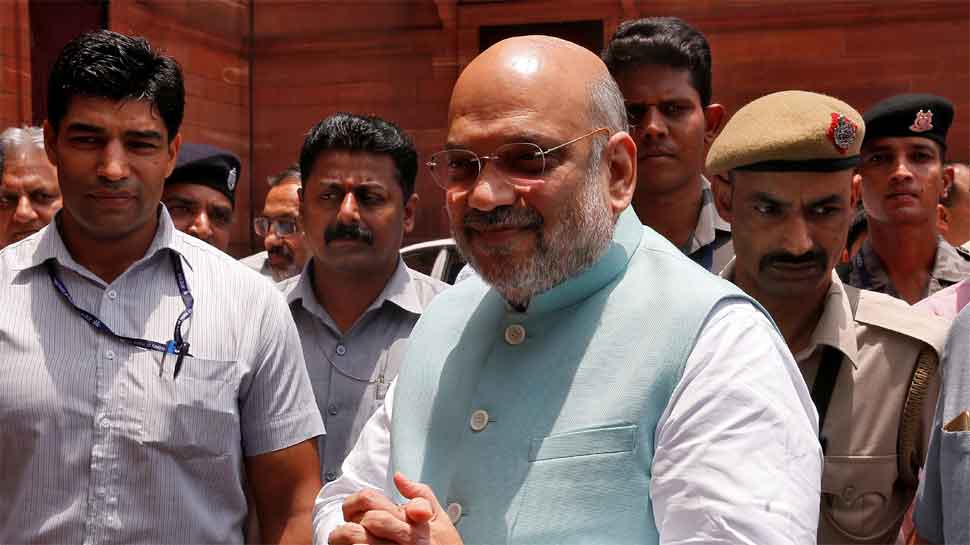 New Delhi: Amid raging protests on the amended Citizenship Act, Union Home Minister Amit Shah on Tuesday refused to back down on its implementation, saying that the government will provide citizenship to migrants come what may. The Cabinet minister also accused the Opposition parties, primarily Congress of engaging in a false campaign on the legislation.

"Come what may, the Modi government will ensure that these refugees get Indian citizenship and live as Indians with honour," Shah said during a rally at Delhi's Dwarka today. "The entire opposition is misleading the people of the country. I reiterate that there is no question of taking away the citizenship of any person from any minority community. There is no such provision in the bill," he added.

Targeting Congress further, Shah said that the BJP had fulfilled promises made years back which were not taken care of by them. "I want to say to Congress party that this was part of Nehru-Liaquat pact but was not implemented for 70 years because you wanted to make vote bank. Our government has implemented the pact and given citizenship to lakhs and crores of people," he said. He also urged the students to read the Bill and not to believe in the false information being spread over the issue.

Fresh protests broke out over the Citizenship Amendment Act in Seelampur area of east Delhi with agitators pelting stones on vehicles and buses, following which police fired tear gas shells to disperse the mob. "Violent protests erupted around 1.30 to 1.45 p.m. when the protesters were going back after holding a peaceful protest. But suddenly some miscreants present in that protest then pelted stones on buses following which the police had to fire tear gas shells to disperse the violent protesters," Delhi Police spokesperson Anil Mittal told IANS.

Visuals from the spot showed many people seemingly injured during the stone-pelting. According to the Delhi Police sources, police didn't fire even a single bullet and only carried out a baton charge and tear gas shells to disperse the crowd.

A Delhi police official told the news agency that a hidden crowd came from Jafrabad side towards Seelampur T-point and torched several bikes and vandalised public property. The official added that almost two dozen policemen were injured in the protest.