No indication of outbreak of vector-borne disease in Patna: Bihar government

Bihar Principal Secretary Health, Sanjay Kumar added that experts have also said that vector density of mosquitoes is increasing and 24 teams have been constituted to spray 'Temefos' in Patna to kill mosquitoes. 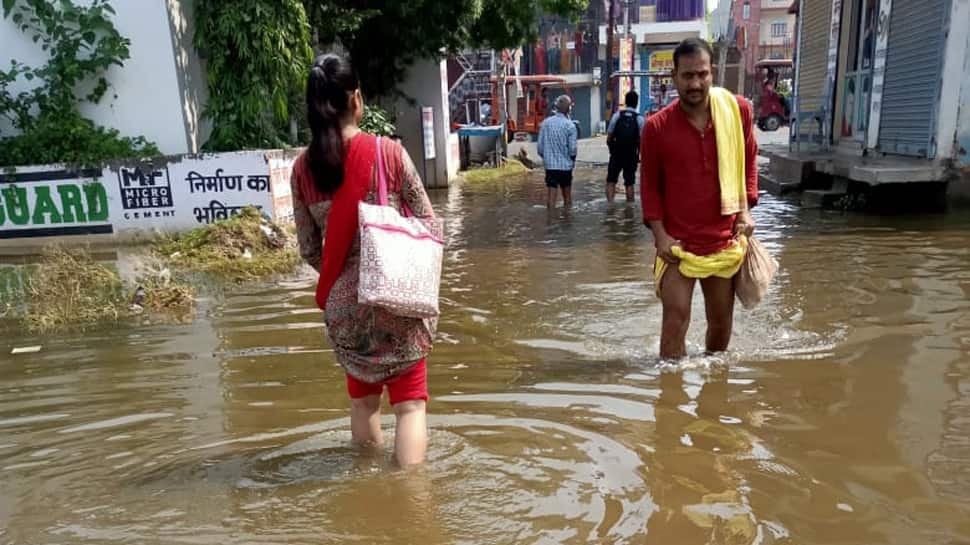 Bihar Principal Secretary Health, Sanjay Kumar, on Sunday said that a team of experts from National Institute of Malaria Research & Rajendra Memorial Research Institute of Medical Sciences in Patna has confirmed that there is no indication of an outbreak of vector-borne disease in Patna.

Kumar added that experts have also said that vector density of mosquitoes is increasing and 24 teams have been constituted to spray 'Temefos' in Patna to kill mosquitoes. According to Kumar, 900 cases of dengue have come to light in Bihar so far, out of which 640 cases were recorded in Patna alone.

Sanjay Kumar, Principal Secy, Health, Bihar: The team of experts has also told us that vector density of mosquitoes is increasing. 24 teams are spraying 'Temefos' in Patna to kill mosquitoes. Till now, 900 cases of dengue have come to light in the state, incl 640 cases in Patna. pic.twitter.com/Rg1sj6KuE6

It is to be noted that 73 people have died in Bihar due to heavy rainfall which created flood-like situation in several parts of the state including capital Patna. The situation is still grim in Patna as several areas of the city are still facing the problem of waterlogging. Some areas like Rajendra Nagar, Link Road and Danapur are facing the issue of waterlogging for over 10 days now and the water is not coming out from many areas because of the dysfunctional drainage system.

Talking to Zee Media, Patna Mayor Seeta Sahu said that drains are broken at several places which is hampering the process of drainage of rainwater. She added that many pump houses are also not working properly. Sahu has blamed Bihar Urban Infrastructure Development Corporation (BUIDCO) for the current situation and assured that Patna will never witness this kind of problem from next year.

Meanwhile, the Centre on Saturday released Rs 613.75 crore package for flood-hit Bihar. The Centre on Friday had approved the aid for the state. The amount has been given from the National Disaster Response Fund (NDRF).