No material to support money laundering allegations by ED: Robert Vadra to court

Businessman Robert Vadra on Tuesday filed a reply in the Delhi High Court on the Enforcement Directorate plea challenging the anticipatory bail granted to him by a trial court, saying the agency has 'no material' to support money laundering allegations against him. 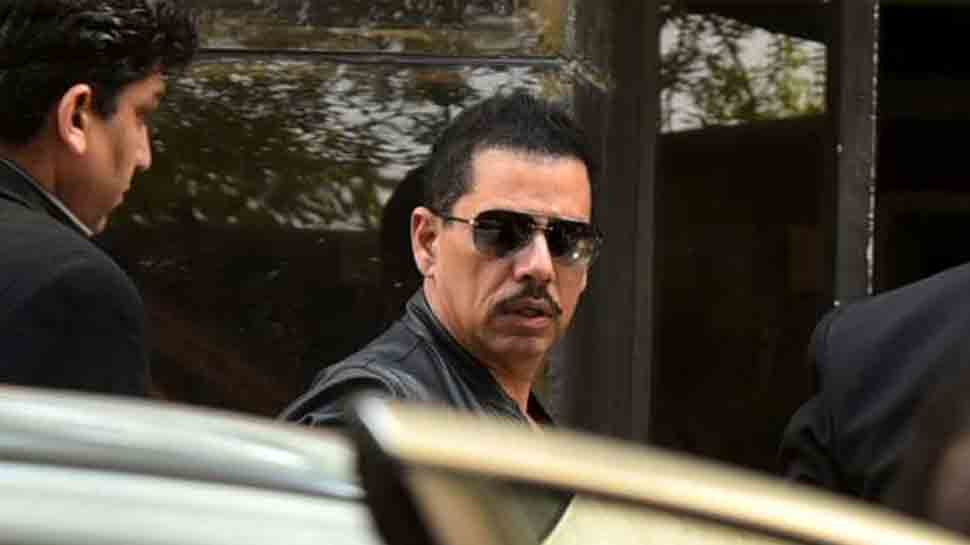 New Delhi: Businessman Robert Vadra on Tuesday filed a reply in the Delhi High Court on the Enforcement Directorate plea challenging the anticipatory bail granted to him by a trial court, saying the agency has 'no material' to support money laundering allegations against him.

He submitted that the ED has only conducted "fishing and roving" enquiries in the case pertaining to money laundering allegations in the purchase of a flat in London. Contending the allegations against him were 'completely false', Vadra said that the 'sole purpose of the agency is to cause prejudice in the mind of court and the public' against him.

Replying on the ED's submission of him being a flight risk, Vadra said he returned to India "voluntarily upon reading press reports" about the agency's investigation against him in the case. The businessman said he has no intention to flee the country and is "determined to stay in India to clear his name".

Vadra also said that he "volunteered to appear before the ED" even before receiving the summons and contended there was "not a single instance of non-cooperation" put before the court.

On the ED's apprehension that he may tamper with evidence, Vadra said there is no risk of tampering as the agency has "already seized every last document".

"No specific allegation has been made by the agency to suggest that the Vadra has, in any way, attempted to or actually succeeded in tampering with any evidence or witness," the reply read. Vadra, husband of Congress general secretary Priyanka Gandhi Vadra, said he does not own any property outside India and denied allegations of receiving kickbacks for "any deal".

Earlier, Vadra had sought more time to file the reply on the ED`s petition as he was abroad.

Justice Chander Shekhar will hear the matter on Thursday. The ED had moved the high court against the trial court`s order granting him anticipatory bail, stating that Vadra "is likely to tamper with evidence and influence witnesses".

"The special judge (trial court) has failed to appreciate that the respondent is a highly influential person. If he is granted blanket protection of bail, there is all likelihood that the respondent shall tamper with evidence," the agency stated in the high court.

It claimed Vadra was evasive during questioning and sought his custodial interrogation.

The case relates to money laundering allegations in the purchase of a London-based property worth 1.9 million pounds. The ED had said it wanted to question Vadra about the source of funds used for the purchase of the flat and ascertain the role of other people, who allegedly helped him launder money.

The agency also alleged that Vadra`s aide Manoj Arora helped him launder money and was aware of his overseas undeclared assets and was instrumental in arranging funds for buying the flat.

On April 1, Special CBI Judge Arvind Kumar granted anticipatory bail to Vadra and Arora, directing them to furnish a personal bond of Rs 5 lakh each and surety of like amount.

The court asked them not to leave the country without permission and join the probe when called upon by the agency. It also directed them not to tamper with evidence or influence witnesses.