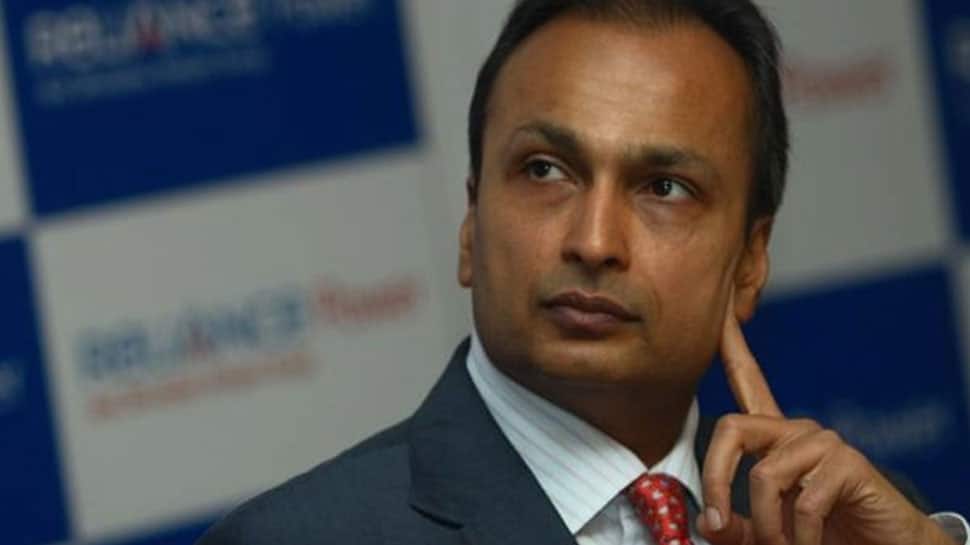 NEW DELHI: The Embassy of France on Saturday claimed that there was ''no political interference'' in settling the tax dispute involving Anil Ambani's firm Reliance Flag pertaining to a period between 2008 to 2012.

Responding to an article published by a French newspaper Le Monde, the Embassy of France issued a statement in which it said, ''A global settlement was reached between French tax authorities and Reliance Flag, a telecom company (owned by Anil Ambani), in the tax dispute pertaining to period 2008-2012.''

The statement further stated, ''This settlement was conducted in full adherence with legislative ánd regulatory framework governing this common practice of the tax administration. It was not subject to any political interference whatsoever.''

French Ambassador in response to the article published by Le Monde today: This settlement was conducted in full adherence with legislative & regulatory framework governing this common practice of the tax administration. It was not subject to any political interference whatsoever. https://t.co/8ijyZaI8Tb

The response from the French Embassy came in light of controversial Le Monde report that Anil Ambani's firm received a tax waiver days after the deal for procuring 36 Rafale fighter jets from France was signed between the two countries.

Earlier, the Ministry of Defence (MoD) too dismissed the French media report that Anil Ambani's firm received a tax concession days after the Rafale deal was signed.

Reacting to the issue, the Defence Ministry issued a statement in which it said, ''We've seen reports drawing a conjectural connection between tax exemption to a private company and procurement of Rafale fighter jets by the Government of India (GoI). Neither the period of tax concession nor the subject matter of concession relate to Rafale procurement, concluded in present Government's tenure.''

Rejecting the French media report about a possible link between the Rafale deal and the "tax exemption'' to Anil Ambani's firm, the MoD said, ''Any connections drawn between the tax issue and the Rafale matter is totally inaccurate, tendentious and is a mischievous attempt to disinform.''

Ministry of Defence on reports drawing conjectural connection b/w tax exemption to a private company & procurement of Rafale jets by GoI: Any connections drawn between the tax issue and the Rafale matter is totally inaccurate, tendentious and is a mischievous attempt to disinform.

The clarification from the MoD came in response to a report published by French newspaper Le Monde which said, ''France waived taxes worth 143.7 million euros to a French-registered telecom subsidiary of Anil Ambani's Reliance Communications in 2015, months after India's announcement of buying 36 Rafale jets.''

Rejecting the French media report, the Reliance Communications clarified that the tax issue of its subsidiary Reliance FLAG Atlantic France SAS pertained to the year 2008 and had been settled as per the local laws, much before the Indian government decided to purchase Rafale jets from the French company Dassault.

"Reliance Flag says the tax demands were completely unsustainable and illegal. Reliance denies any favouritism or gains from the settlement," the statement added.

However, the main opposition party – Congress – cited the French media report to attack the Narendra Modi over the Rafale jets deal issue.

Stepping up its attack on the NDA government, the Congress accused Anil Ambani`s firm of getting a special benefit from the French government in the form of the tax settlement days after the deal for the Rafale fighter jets was signed.

Quoting French newspaper, Le Monde, at a media conference, Congress spokesperson Randeep Singh Surjewala said, "Between February and October 2015, while the French were negotiating the Rafale contract with India, Anil Ambani enjoyed a tax waiver of 143.7 million euros from the French state."

"The French tax authorities who had earlier demanded close to 150 million euros from the Reliance-owned company, Reliance Atlantic Flag France, agreed to settle the matter with just 7.5 million euros, the rest of the demand was simply waved, and this is Le Monde`s claim, not mine," Surjewala said.

"Layers of connivance, crony capitalism and corruption are now getting unveiled. As soon as Modiji came to power he scrapped the deal signed by United Progressive Alliance (UPA) for 126 Rafale jets at Rs 526 crore per unit with a transfer of technology clause. Then he went to France and announced that Made in France Rafales will now be purchased at Rs 1600 crore per unit," he said.

He also stated that former French President Francois Hollande had claimed that bringing in Reliance Group was done as per the wishes of the Indian government.

"As soon as the deal was signed, the Modi government transferred 70 per cent of the deal amount (Rs 50,000 crores approximately) to Dassault Aviation as advance payment, this same amount was invested by Dassault in AA`s (Anil Ambani) company by Dassault. This is how Modi 'kripa' works,"  Surjewala claimed.

The deal for procurement of 36 Rafale fighter jets from France's Dassault Aviation was announced in April 2015 during PM Modi`s visit to Paris.