The Telangana CM said that RTC is incurring losses to the tune of Rs 1,200 crore and has Rs 5,000 crore debts coupled with the ever-rising the diesel prices. 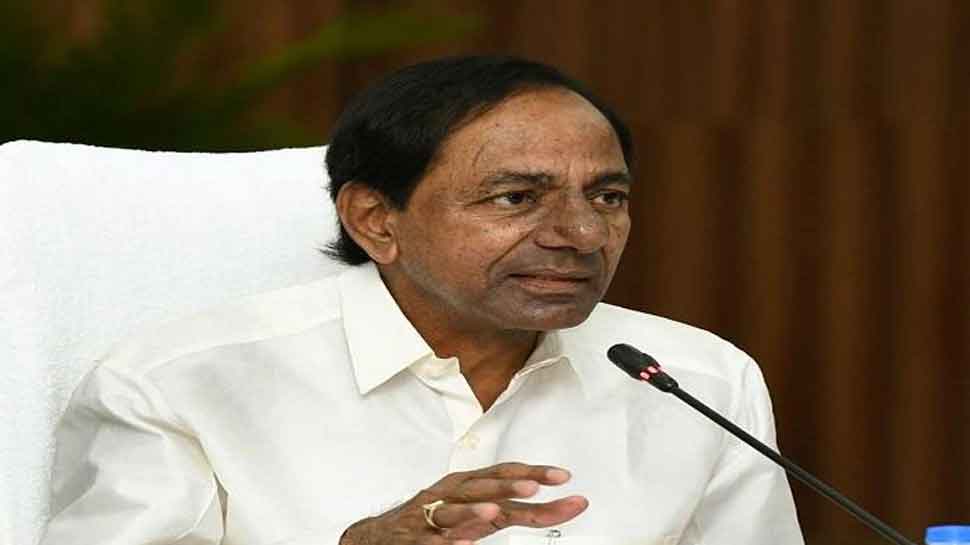 Hyderabad: Chief Minister K Chandrashekar Rao has said that there will be no talks with Telangana State Road Transport Corporation (RTC) employees, who are on strike demanding a merger with the government.

"Under any circumstances, RTC will not be merged with the government and the government will not have any talks with those who went on strike," Rao said in a statement on Sunday. He added that RTC is incurring losses to the tune of Rs 1,200 crore and has Rs 5,000 crore debts coupled with the ever-rising the diesel prices.

"When RTC is under such a bad situation, there is no question of having any compromise," said the statement. Rao also said that the government is of the firm opinion that there should a permanent end to blackmail tactics, indiscipline and actions that often create headaches.

"Rao has announced that a totally new beginning would be made for the first time in the history of RTC. As part of this, RTC should be turned into a profit-making organisation and for the existence of the RTC certain actions and measures are necessary," it said.

He instructed that as an immediate measure, 2,500 private buses should be hired."There are still 4114 private buses and if they are made into State Carriages they would also come under the RTC. Transport and RTC officials are speaking to these operators," it said.

The statement said that the chief minister wanted the appointment of new employees, who should be given an undertaking that they would not join in any trade union at the time of joining. The new recruits will be put under certain conditions and they will also have a probationary period.

"It was decided that in the buses to be run by RTC, fifty per cent would be private buses and the rest would be of the RTC. If measures and action are taken in this direction, buses will run efficiently and the RTC will become profitable in two to three years," the statement said.

A high-level review meeting was also held under the Chairmanship of Rao at Pragati Bhavan here on Sunday. Ministers Puvvada Ajay Kumar, Vemula Prashanth Reddy and several senior government officials had participated in the meeting.

A committee was formed under the chairmanship of Sunil Sharma and Sandeep Sultania, RTC Executive Directors and Joint Transport Commissioner Panduranga Nayakulu to discuss the matter. The Committee will submit its proposals today.