Amid deepening political crisis in Rajasthan, Congress general secretary in-charge of Rajasthan, Avinash Pandey, has submitted a report to party's interim president Sonia Gandhi saying there is no threat to Chief Minister Ashok Gehlot-led government in the state. 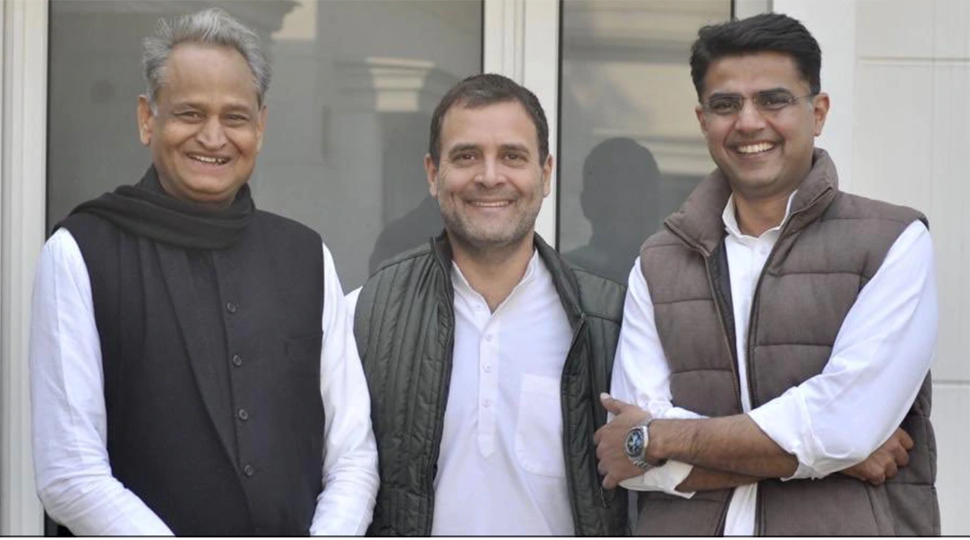 Amid deepening political crisis in Rajasthan, Rajasthan Congress president and Deputy CM Sachin Pilot, who is is miffed with CM Ashok Gehlot, has arrived in Delhi with his loyalist MLAs in order to meet Sonia Gandhi and apprise her about the political situation in the state.

Speculations are rife that Pilot is planning to take some drastic decisions but he wants to meet the party high command before taking a final call.

The Special Operations Group (SOG) of Rajasthan Police has sent a notice to Pilot seeking his availability for recording his statement in connection with the alleged attempts to topple Congress government in the state.

Meanwhile, Congress general secretary in-charge of Rajasthan, Avinash Pandey, has submitted a report to party's interim president Sonia Gandhi saying there is no threat to Chief Minister Ashok Gehlot-led government in the state.

Pandey mentioned in his report that all Congress MLAs are in touch with the senior leaders of the party. The report, however, noted that there is some resentment of the MLAs that will be resolved.

In 2018 too, Pilot had agreed to accept the Deputy CM post only if the party let him remain the state president oo. Sources said that Pilot now feels that the party is now planning to remove him from the state president post. Pilot is of the view that Gehlot wants to sideline him in state's politics and Pilot has made his displeasure known to party high command too. Sources claimed that Congress high command is also willing to remove Pilot as Rajasthan Congress president.

Meanwhile, it is learnt that the BJP is not planning to topple the Congress government in Rajasthan as the party thinks that the grand old party is facing crisis due to internal rivalry between CM Gehlot and Deputy CM Pilot.

Delhi, Uttar Pradesh, Haryana likely to receive rainfall in the next 2 hours