In Uttar Pradesh's Aligarh, Baghpat, Meerut and Hapur, all schools and colleges will remain closed till Dec 28 due to intense cold wave conditions. 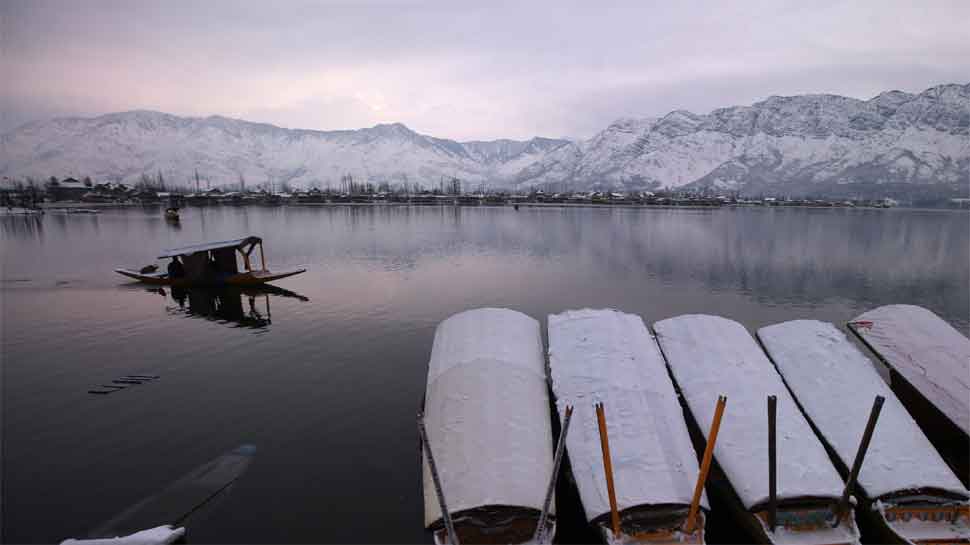 New Delhi: The cold wave situation in north India will further intensify in the next two days, the IMD said even as mercury on Friday dipped to a minimum of 2.4 degrees Celsius in some parts of New Delhi. According to the India Meteorological Department (IMD), a minimum temperature of 2.4 degrees Celsius was recorded in Delhi on Saturday morning at 6:10 am. The weather forecast agency also predicted that the most pockets over Punjab, Haryana, Chandigarh, Delhi, north Rajasthan and Uttar Pradesh are likely to witness severe cold day conditions today.

At least four flights have been diverted and two dozen trains were delayed due to low visibility in the national capital. The trains which are running late include 15707- Katihar-Amritsar Express which is running late by four hours and 13413 - Malda-Delhi Farakka Express running late by 3:30 hours.

The reason behind the cold wave is "due to persistence of cold northwesterly winds in lower levels over northwest India and other favourable meteorological conditions", said the Met department.

In Uttar Pradesh's Aligarh, Baghpat, Meerut and Hapur, all schools and colleges will remain closed till Dec 28 due to intense cold wave conditions. In Lucknow, all schools and colleges have been shut till December 29 and attendance in offices has also fallen drastically. Muzaffarnagar's minimum temperature was recorded at 1.9 degrees, Baharaich 2.0, Kanpur 2.0, Bareilly 3.1, Lucknow 3.5, Aligarh 3.6, Prayagraj 3.6 and, Agra and Meerut 4.1 each.

Kashmir woke up to a freezing Friday as the temperature plummeted to the lowest degrees in this season. Srinagar recorded the coldest night of the season with temperature dropping down to -5.6 degrees. The hill resort of Gulmarg was at -9.6 degrees while Pahalgam recorded a night temperature of -12 degrees. The water taps have frozen in many places, causing a lot of inconvenience to the people, who mostly start their activity late in the morning.

Some portions of the Dal Lake were also frozen due to the cold wave, which was a delight for the tourists, but a cause of great inconvenience to the locals. The harsh spell of winter in Kashmir lasts for 40 days, beginning from December 20, which is known as 'chillai kalan' locally.

In Rajasthan, extreme cold wave conditions are prevailing in Churu, Alwar, Dausa, Sikar, Jhunjhunu, Bharatpur, Dholpur, Sriganganagar, Hanumangarh and Bikaner. Dense to very dense fog conditions have also been prevailing at isolated pockets in Ganganagar, Hanumangarh, Jhunjhunu and Alwar districts since December 14-15, which is going to continue. On Friday night, Fatehpur recorded -3 degrees Celsius, Jobner -2 degrees, Abu -1.5 degrees, Sikar -0.8 degree and Churu -0.6 degrees. Jaipur at 4 degrees Celsius was the coldest in the month of December in the last five years.

Similarly, extreme cold conditions are prevailing in Haryana and Punjab on Saturday owing to cloudy skies with some places recording nearly freezing temperatures. Hisar and Narnaul towns in Haryana recorded minimum temperatures of 0.2 degree and 0.5 degree Celsius, respectively. Rohtak and Sirsa saw a low of 1.8 degrees and 2 degrees, respectively. In Punjab, the Sikh holy city of Amritsar recorded a minimum temperature of 4.7 degrees while industrial hub Ludhiana saw a low of 5.6 degrees and Bathinda 2.3 degrees.

Chandigarh on Saturday recorded a minimum temperature of 5.1 degrees, while the maximum was 11.1 degrees a day earlier, 10 notches below the normal.

A cold wave continued to grip Himachal Pradesh on Friday despite prevailing dry weather, with Keylong, headquarters of the Lahaul-Spiti district, being the coldest with a minimum temperature of minus 15 degrees Celsius. Kalpa in Kinnaur district saw a low of minus 1.7 degrees Celsius, while it was minus one degree in Manali, 3.4 degrees in Dharamsala and four degrees in Dalhousie, a Met Office release said. Shimla recorded a minimum of 3.8 degrees Celsius. According to Met office, there are chances of rain or snowfall in the state in the coming days.

Rains are also expected in some parts of Uttar Pradesh and Delhi-NCR in coming days.