NEW DELHI: Cold wave and harsh weather conditions continue to grip a large swathe of North India with Delhi-NCR and adjoining states receiving a light rainfall and upper reaches of Jammu and Kashmir witnessing a heavy snowfall on Sunday.

According to IMD weather updates, parts of Himachal Pradesh, Uttarakhand, Punjab, Delhi, Haryana and Jammu and Kashmir are shivering under cold weather conditions.

The intense cold weather conditions have affected the normal life in North India and movement of trains and flights operations have been severely hit due to dense fog and zero visibility at major airports across the country. It may be recalled that the India Meteorological Department (IMD) had sounded an 'orange warning' of heavy snowfall, rain and hailstorm in most parts of the state from January 4 to 6.

Delhi: Drizzling in parts of the national capital; #visuals from near Press Club of India and Rajpath pic.twitter.com/ZVsGbTXfNf — ANI (@ANI) January 6, 2019

The cold weather conditions have forced several homeless people to take refuge at night shelters in the national capital.

According to the India Meteorological Department (IMD), the maximum temperature on Sunday is likely to hover around 16 degrees Celsius against Saturday's maximum, which settled at 21.2 degrees Celsius, two notches above the average. "The sky will remain generally cloudy with light rain or drizzle," an IMD official said.

The overall air quality of the city was recorded in the 'very poor' category with Air Quality Index (AQI) recorded at 377, according to System of Air Quality and Weather Forecasting And Research (SAFAR). On Saturday, the minimum temperature was recorded at 5.4 degrees Celsius, two notches below average.

Heavy snowfall is being witnessed in the Kashmir Valley for the past few days, which has cut off the region from the rest of the country. Heavy snowfall has blocked the major roads, national highways and the aerial traffic in and out of the region has also been hit. The Doda district of Jammu and Kashmir received heavy snowfall yesterday.

The Jammu and Srinagar Highway has been closed due to heavy snowfall and the flight operations at the Srinagar airport has been affected. Prevailing harsh weather conditions have also claimed one life in J&K. A man reportedly slipped to his death while clearing snow from the roof of his house in Bandipora district of Jammu and Kashmir on Saturday.

Fresh snowfall was recieved in Mandhol village in Shimla district.

According to the meteorological department, the minimum temperature in Kalpa was recorded -2 degree Celsius, while it was -1.1 degree in Dalhousie and -0.8 degrees Celsius in Kufri from 5.30 PM on Friday to 8.30 AM on Saturday.

Fresh snowfall has been received in the higher regions of Uttarakhand bringing the temperature down on Saturday while overcast conditions prevail at most places in the plains. The Himalayan shrines of Kedarnath in Rudraprayag and Badrinath in Chamoli district, besides the skiing slopes of Auli, received fresh spells of snow in the morning and afternoon and most of the area is now snow-capped, according to weather office.

The IMD officials had on Saturday warned of heavy snowfall and rain at isolated places in Uttarkashi, Chamoli, Rudraprayag, Bageshwar and Pithoragarh districts over the next 36 hours. Hailstorm is also likely to hit isolated places in Dehradun, Tehri, Pauri, Haridwar, Nainital and Champawat districts during the period, it said.

The on-going cold conditions in Punjab and Haryana Saturday aggravated with minimum temperature hovering at 3.5 degrees Celsius at Narnaul, making it the coldest place in the region. The minimum in Narnaul, Haryana, was one notch below normal, the MeT office said. Besides, several parts of the two states remained engulfed under a thick blanket of fog which adversely affected the air, rail and road traffic in the region, the MeT said. The MeT forecast cloudy sky with likely rain or hailstorm at isolated laces till Sunday. Besides, the region is likely to face dense to very dense fog till Sunday. 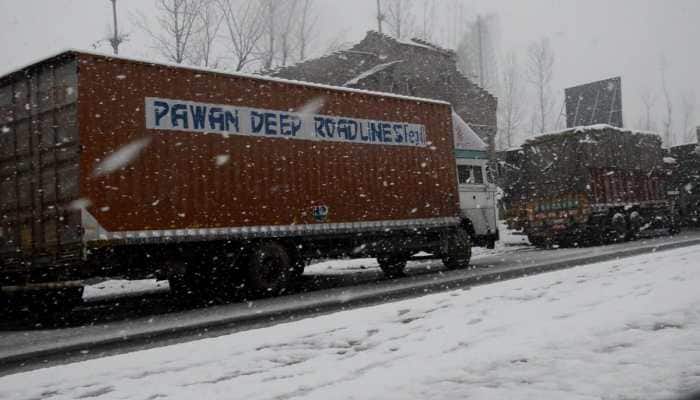 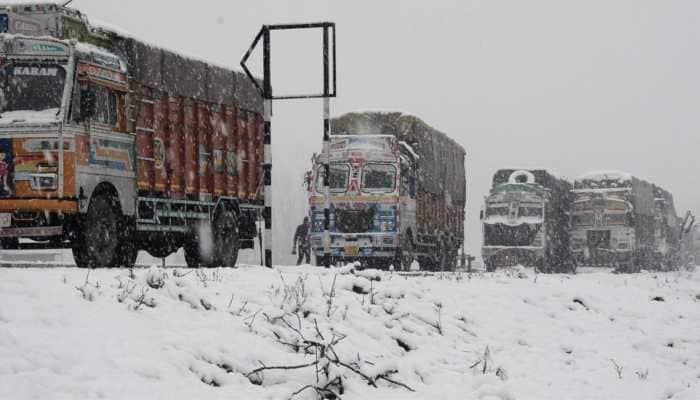 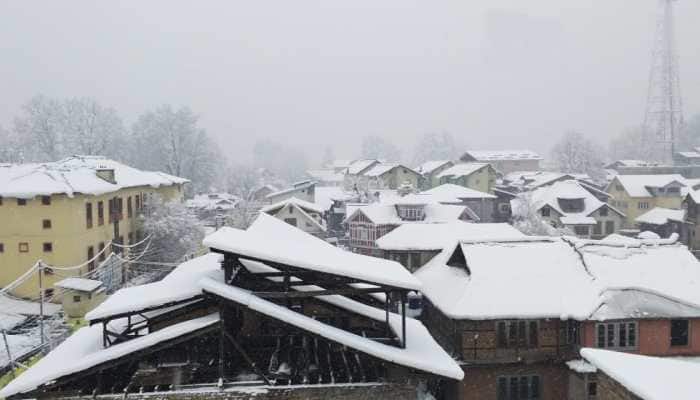 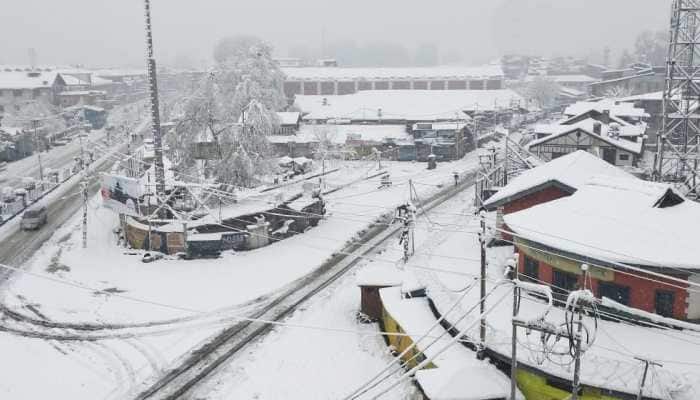 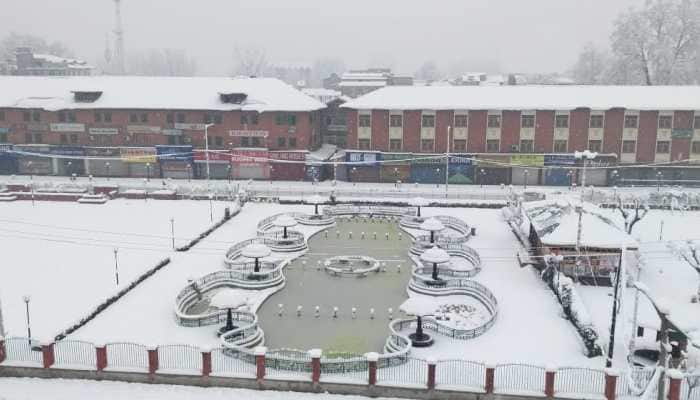