Gadkari has rejected speculations that he is in the race for PM's post. 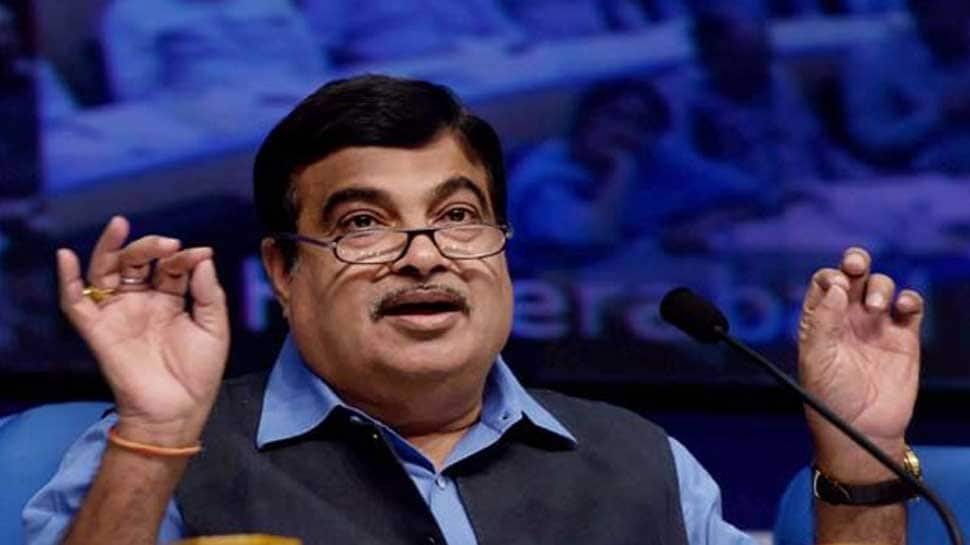 NEW DELHI: Union Transport Minister Nitin Gadkari on Friday reiterated that his is not in the race for the post of Prime Minister and called himself as a "pure RSS" man for whom the nation is supreme. The Maharashtra-BJP leader expressed confidence that his party would get an absolute majority in the upcoming elections and the country would go ahead on the path of development under Prime Minister Narendra Modi while "we are standing behind him."

Rejecting speculations that in case of a fractured mandate, Gadkari would be the BJP's consensus Prime Ministerial candidate, the Minister said it is like "Mungeri Lal Ke Haseen Sapne" (day-dreaming).

"I have nothing to do with it. I am not in the race. Modi ji is the PM and will become Prime Minister again. I am from RSS. Our mission is to work for the nation. The country is progressing in terms of development and growth under Modiji's leadership. We are standing behind him. Where does the question arise of my becoming the PM," he said in reply to a related query,'' Gadkari said.

The Union Minister made these remarks while attending an event organised by a leading TV news channel.

Asserting that he was not ''calculated politician", Gadkari said that BJP would return to power with an absolute majority and added that this time he was going to get 5 lakh votes against 3.5 lakh in the last elections.

"I have a bad habit ... I tell before 10 lakh Muslims that I am a pure RSS man vote me if you want otherwise do not regret. I have the conviction to say this. I am not a calculated politician. I am a good BJP worker. Country is supreme for me. I work for it. It should be happy, prosperous, strong and become the world's economic power," Gadkari said.

Replying to a question as to why he was favourite among the opposition leaders, Gadkari said he was a workaholic and believes in hardwork.

"Whoever comes to me, my thinking remains positive. I tell my officials that he has come to me that means he has some problems so keep a positive approach and solve it. Receive (them) nicely and if not possible tell the problems and why it cannot be done. I do not behave as per political calculation. This is my natural behaviour and that is why opponents also becomes my friends," he said.

When asked to comment he too believes in "Congress Mukta Bharat" jargon, Gadkari evaded a direct reply and said the ideologies of both the parties are different and "we are not enemies of each other.

''Difference of opinion can be there... It is our tradition. Atal Bihari Vajpayee, Jawaharlal Nehru and even Modiji welcomes the opposition party," the Minister said.

To a question of job creation, the Minister said it is more in the "private-public sector" than the government and entrepreneurship should be promoted.

''There is a difference between Job and employment,'' he said adding that, "I tell the youth to become one who can give jobs not seek. Increase entrepreneurship".

On projects with Delhi government, he said in 13 projects work was on worth Rs 4,500 crore besides the work on the Yamuna, Ramnadi, Kali Ganga and 40 tributaries.

Talking about highways, the Minister said by March, the construction of highways was likely to reach 34 km a day against 28 km a day last year.

He said his Ministry alone has worked for projects worth Rs 10 lakh crore.