In their letter, the celebrities labelled forty-nine celebrities who have written on mob lynching incidents as ''self-styled guardians” and “conscience keepers of the nation'' and said that their open letter demonstrated a ''clear political bias and motive.''

NEW DELHI: In response to an open letter written recently by a group of celebrities expressing concern over the rising incidents of mob lynching, at least 61 celebrities have now written against what they described as 'selective outrage and false narratives.'

In their letter, the celebrities dubbed the forty-nine celebrities who have written on mob lynching incidents as ''self-styled guardians” and “conscience keepers of the nation'' and said that their open letter demonstrated a ''clear political bias and motive.''

''To us, the undersigned, this document of selective outrage comes across as an attempt to foist a ''false narrative'' with the intention of denigrating the democratic ethos and norms of our collective functioning as a nation and people. 'It is aimed at tarnishing India’s international standing and to negatively portray Prime Minister Modi’s untiring efforts to effectuate governance on the foundations of positive nationalism and humanism which is the core of ''Indianness,'' they said in their open letter.

They further claimed that the signatories to the “open letter” have, in the past, kept silent when ''tribals and the marginalised became victims of Naxal terror, when separatists issued dictates to burn schools in Kashmir, when the demand for dismembering India, for making pieces of her - Tukde Tukde - were made, when slogans chanted by terrorists and terror groups were echoed in some leading university campuses in the country.'' 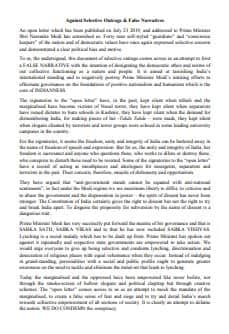 ''For the signatories, it seems the freedom, unity and integrity of India can be bartered away in the name of freedom of speech and expression. But for us, the unity and integrity of India, her freedom is sacrosanct and anyone who questions these, who works to dilute or destroy these, who conspires to disturb these need to be resisted. Some of the signatories to the “open letter” have a record of acting as mouthpieces and ideologues for insurgents, separatists and terrorists in the past. Their concern, therefore, smacks of dishonesty and opportunism. '' 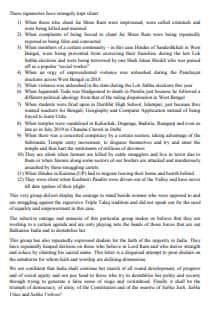 ''They have argued that “anti-government stands cannot be equated with anti-national sentiments”, in fact under the Modi regime we see maximum liberty to differ, to criticise and to abuse the government and the dispensation in power – the spirit of dissent has never been stronger. The Constitution of India certainly gives the right to dissent but not the right to try and break India apart. To disguise the propensity for subversion by the name of dissent is a dangerous trait.'' 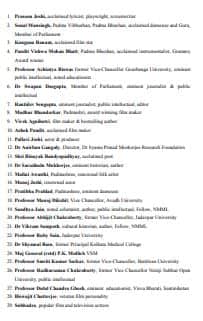 The fiery response from the celebrities came after 49 celebrities from the film fraternity, historians and authors wrote to Prime Minister Narendra Modi, raising concern over the increase in incidents of lynching and branding of citizens as “anti-nationals”.

The letter, signed by filmmakers Mani Ratnam, Shyam Benegal, Anurag Kashyap, Aparna Sen, Adoor Gopalakrishnan, Ketan Mehta, among others, asked the Prime Minister to act in this regard and ensure harsher laws against the menace.

The letter cited a report of the National Crime Records Bureau (NCRB), which states that there have been at least “840 instances of atrocities against Dalits in the year 2016, and a definite decline in the percentage of convictions”.

The members of the film fraternity demanded that “lynching of Muslims, Dalits and other minorities must be stopped immediately”.

In reference to the Citizen’s Religious Hate Crime Watch, the letter claims that 62% of lynching-like incidents took place against members of the Muslim community while the victims in 14% of the cases were Christians.

“About 90% of these attacks were reported after May 2014, when your government assumed power nationally. You have criticised such lynchings in Parliament Prime Minister, but that is not enough! What action has actually been taken against the perpetrators?” read the letter.

They have further demanded that such offences must be made non-bailable and “exemplary punishment” must be meted out in a swift manner. “If life imprisonment without parole can be the sentence in cases of murder, why not for lynchings, which are even more heinous? No citizen should have to live in fear in his/her own country!”

The letter mentions that “Jai Shri Ram” has been turned into “a provocative war-cry”, leading to law and order problems on various occasions.

“It is shocking that so much violence should be perpetrated in the name of religion! These are not the Middle Ages! The name of Ram is sacred to many in the majority community of India. As the highest Executive of this country, you must put a stop to the name of Ram being defiled in this manner,” read the letter.

The government, however, rejected the claim made by the celebrities, saying there is no factual basis for claiming that ''India is losing the image of being a secular and tolerant nation.''