NRC: No Aadhaar for those who can't prove Indian citizenship

The final NRC list is scheduled to be taken out on Saturday and security has been tightened in Assam. 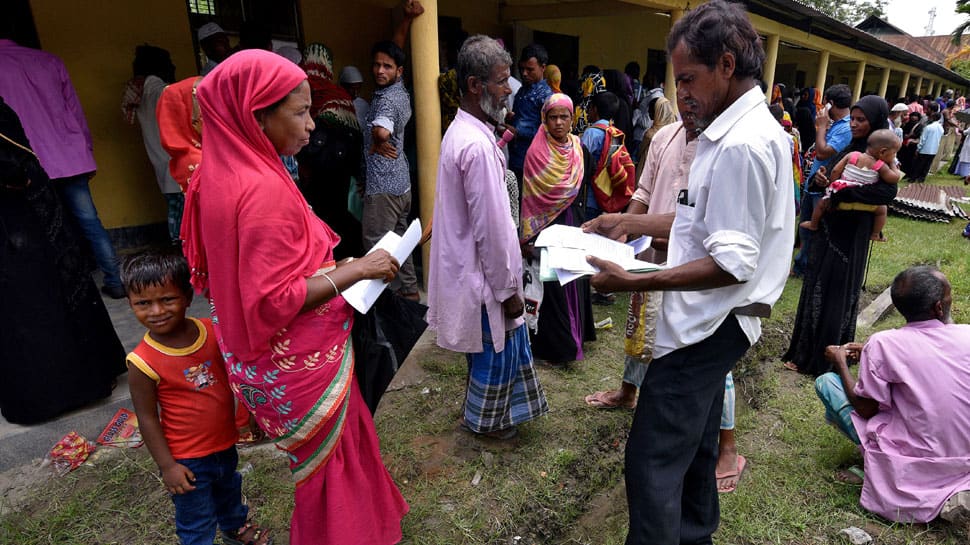 Those whose names do not figure in the National Register of Citizens (NRC) and who are also unable to prove their Indian citizenships after pursuing legal process will not be eligible for obtaining Aadhaar cards anywhere in the country as their biometrics will be flagged.

The final NRC list is scheduled to be taken out on Saturday and security has been tightened in Assam. With biometrics taken of close to 36 lakh people whose names did not figure in the first draft of NRC but who still claimed they were Indian citizens, the final list could decide on their fate. An official of Ministry of Home Affairs said that those whose names figure in the final NRC list will get Aadhaar but those who are unable to prove their Indian citizenship won't be eligible.

It is to be noted, however, that 200 additional foreigners tribunals will be operational in Assam from Monday where bona fide citizens, whose names do not figure in the final NRC, can approach to challenge their exclusion. 100 foreigners tribunals are already functioning.

The state subsequently published an additional draft exclusion list of the NRC comprising the names of 102,462 persons. These people were initially included in the draft NRC published but subsequently found ineligible due to different reasons.