Number of terror camps across LoC has gone up: Army commander

Internally, he said the NIA raids on separatists and the killing of top militant leaders by security forces have helped in improving security situation in Kashmir. 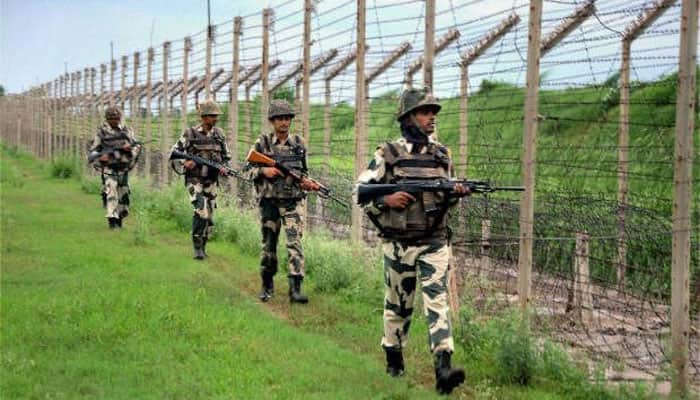 Udhampur: The number of terror camps and launch pads across the Line of Control (LoC) in Pakistan- occupied Kashmir have gone up and around 475 militants are waiting to sneak into the Indian side, northern Army commander Lt Gen Devraj Anbu said on Thursday.

Internally, he said the NIA raids on separatists and the killing of top militant leaders by security forces have helped in improving security situation in Kashmir.

He said 144 militants have been killed in the state so far this year and the situation is "well under control".

Gen Anbu said there have been a large number of infiltration attempts along the LoC in J&K this year but "very less" have been successful.

"We cannot tell you the exact number of the militants. But the militants, who are waiting to cross over to this side (via the LoC from PoK) are nearly 250 in north Kashmir and around 225 in south of Pir Panjal (Jammu region)," said the General Officer Commanding-in-Chief (GoC-in-C) of Northern Command.

He was responding to questions from journalists after presenting gallantry and distinguished services medals to 103 army officers and jawans and certificates of appreciation to 31 units apart from 31 civilians at an investiture ceremony at the Northern Command headquarters here.

Gen Anbu said the security situation along the LoC and in the hinterland in well under control.

"We are firmly in control of the situation along the LoC... (the number of) launching pads and terrorist camps along LoC has increased as compared to the previous years," he said.

"The (number of) militants coming to this side have decreased to a large extent this year," Gen Anbu said.

According to Multi Agency Centre (MAC) of intelligence gathering, the number of militants who have managed to infiltrate is 75 during the last eight months, he said, adding, "But according to our assessment, it is 45 to 50."

He said the Army has created a "strong deterrence" at the LoC so that militants do not enter the Indian side.

"While attempts are more, we are preventing them from entering this side, whether in Kashmir valley or Jammu region," the Army commander said.

About the input of a group of militants having sneaked in via Samba, he said all agencies are closely watching that. "If it manifests somewhere, we will get to know," he added.

"The situation along the LoC and in hinterland is under control," he said.

He said the NIA raids aimed at choking funding to separatists, "which has got direct link to terrorism in Kashmir, compliments the security operations" of forces.

"Administration (in J&K) is good. We have been able to eliminate terrorist leaders and it is complimented by the choking of funds by NIA raids. All this will have a deterring effect on the youth who are likely to become part of agitation dynamics. It has come down drastically," he said.

"What was in November-December last year and what is now - there are very few incidents that take place.There is now a token number of persons who are on the ground as they have realized (futility of terrorism). It is only now handful people who are into this," he added.

Regarding the issue of protests, he said, "Agitational dynamics does not mean that each and every person comes to streets and their heart and soul is into it. There is an upward curve. The government in power and security forces get to top of it."

The Army commander said elimination of the leadership of terrorists has brought down incidents and recruitment of the local terrorists.

"It (local recruitment) happens when the terrorists have an upper hand. The youngsters in the age group of 16 to 18 get moulded by the terrorists and separatists to join the ranks," he added.

"This is what we need to look at.The number of the locals militants joining ranks have been constant in last year years including this year," he said.

He said the security forces are trying to dominate the south Kashmir region.

"We conduct searches keeping in mind that we do not cause any inconvenience to local people. That is where we get information from and warn them in advance. We conduct operations and they (operations) are clean. After the operation, we keep interacting with people so that they are on our side. This has had very good effect in south Kashmir," Gen Anbu said.

"We have killed 100 militants in the past four months. A total of 144 militants have been killed so far (in Kashmir this year)," he said.

"The effect of what is happening now will menifest in a couple of months from now. But there is decrease in local youth getting recruited," he added.

The Army commander strongly batted for reaching out to the youth of Kashmir.

"The issue that needs attention is that you need to engage the youth and the state government and everybody has to play a part in ensuring employment generation and positive security environment is created by the security forces and it will get controlled," Gen Anbu said.

Army commander said no footprint of militants has been seen in the Jammu region.