A meeting of the UPA chaired by Sonia Gandhi on Tuesday evening decided to extend support to Birla. 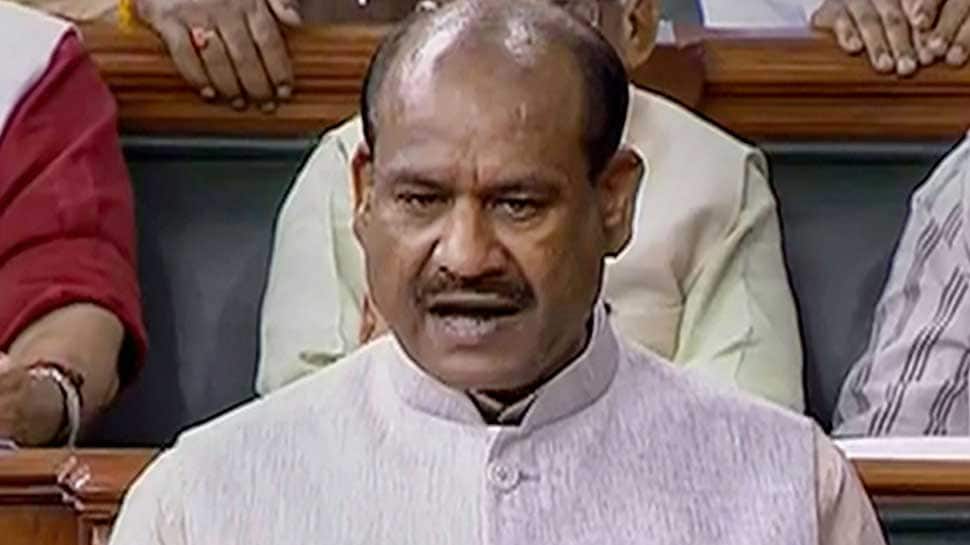 New Delhi: NDA candidate Om Birla is all set to be unanimously elected as the Speaker of the 17th Lok Sabha with the Congress-led UPA also giving indications to back his candidature at the election on Wednesday. With no opposition, the election of Birla, a two-time BJP member from Kota in Rajasthan, is expected to be a smooth affair but it will be a break with the past 10 years when women held the post from 2009.

In 2009, Meira Kumar became the first woman to be elected to the post during the regime of UPA-2 while the NDA followed the suit by nominating Sumitra Mahajan in 2014.

The BJP nominated 56-year-old Birla, who was also a Member of Assembly in Rajasthan for three terms and was a parliamentary secretary in the government of Vasundhara Raje between 2003-08 has the support of 10 parties including BJD and YSRCP which are not part of the NDA.

In all, the ruling combine has the support of 386 members in the 543-member Lok Sabha. With Congress, which has 52 MPs, also moving a motion in Birla`s favour, the numbers would swell to more than 400. The Congress allies like DMK may also follow suit.

Adhir Ranjan Choudhary, the new leader of Congress party in the House told ANI, "Our party has already moved the motion in favour of Om Birla as Speaker of Lok Sabha".

A meeting of the UPA chaired by Sonia Gandhi on Tuesday evening decided to extend support to Birla.

Congress allies including DMK, NCP, CPI, NC, and IUML, attended the meeting. Nominations have been filed on behalf of Birla by parties which are supporting his candidature, parliamentary affairs minister Pralhad Joshi, who said he has appealed to the Congress also to back his candidature.

An agriculturist and social worker, the low-profile leader has been active in politics from his student days and served as state unit president of the Bhartiya Yuva Morcha in 1991 and as vice-president at the national level.

Birla was elected to the 17th Lok Sabha from Kota where he defeated Congress` Ramnarain Meena by over 2.5 lakh votes.

He was elected to the last Lok Sabha also from the same seat.Born on 23 November 1962, Om Birla completed his Masters in Commerce from Government Commerce College, Kota and the Maharshi Dayanand Saraswati University, Ajmer.

In 2003, he defeated Shanti Dhariwal, of the Congress by a margin of 10,101 votes, to win his first assembly election from Kota South.

Subsequently, he won the Assembly polls in 2008 and 2013.He was the Parliamentary Secretary (MoS rank) in the Vasundhara Raje government from 2003 to 2008.

In the last Lok Sabha, Birla was a member of the Standing Committee on Energy in Parliament and member of Committee on Petitions and Consultative Committee for Ministry of Social Justice and Empowerment.

He has also been in charge of the organisational revamp in 2018 when the then Rajasthan Chief Minister Vasundhara Raje was drawing flak from the public.

He has also initiated several social welfare programs, including launching in 2012 Paridhan, an initiative which engages in distributing clothes and books for the poor and opened several blood donation camps.

He has stated medicine banks which supply medicines free of cost and initiated free meal programs for the poor.