Omar Abdullah asks Centre to break silence on Jammu and Kashmir situation, says 'no one knows the truth'

Omar, along with a party delegation, addressed a press conference after meeting Governor Satya Pal Malik, amid a tense situation in the state. 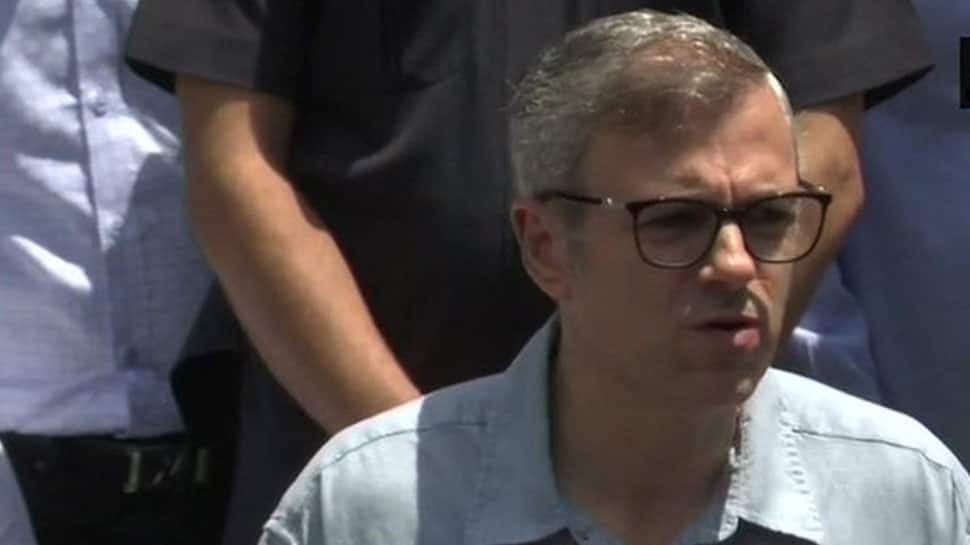 Former Jammu and Kashmir chief minister and National Conference (NC) leader Omar Abdullah on Saturday said that Centre should issue a statement in Parliament on the prevailing situation in the state and clarify the recent orders.

Omar, along with a party delegation, addressed a press conference after meeting Governor Satya Pal Malik, amid a tense situation in the state. "We want Centre to issue a statement on Monday during Parliament. We want to hear from Parliament so that people here get clarification. Orders, when seen in isolation, make sense, when you start taking all these orders together, questions start arising," said Omar.

After reports of the presence of terrorists in the state, Governor Malik on Friday issued an advisory for the pilgrims of the Amarnath Yatra. It asked pilgrims and tourists to leave Kashmir and the Governor said that it was issued on the basis of authentic intelligence inputs. He also said that some political leaders had been attributing the advisory to different things that led to unnecessary fear among the people.

The NC leader reiterated that the people of the state want answers as to why the tourists were asked to return, adding that silence on the matter is not welcomed.

"After yesterday's order, the situation in the valley is tense and people hoarding outside petrol pumps and grocery stores. In addition to that government’s order to ask tourists and Yatris to leave which has never happened before nor has any tourists been attacked. We met with the Governor and asked him that we are trying to look for answers and find the truth which no one knows. Governor Saab said the same thing as he said yesterday. We asked him if it’s about Article 35a, Trifucation or 370, but he said that there is nothing like that," said Omar.

He also said that Parliament should calm the people asserting that nothing untoward is going on in the state. "We appeal to the people to remain calm. There will be no lack in the efforts of the National Conference and we have prepared to put our point in the court on the issue of Article 35."