The country's security and people's welfare the key priorities of the Modi government, Shah said. 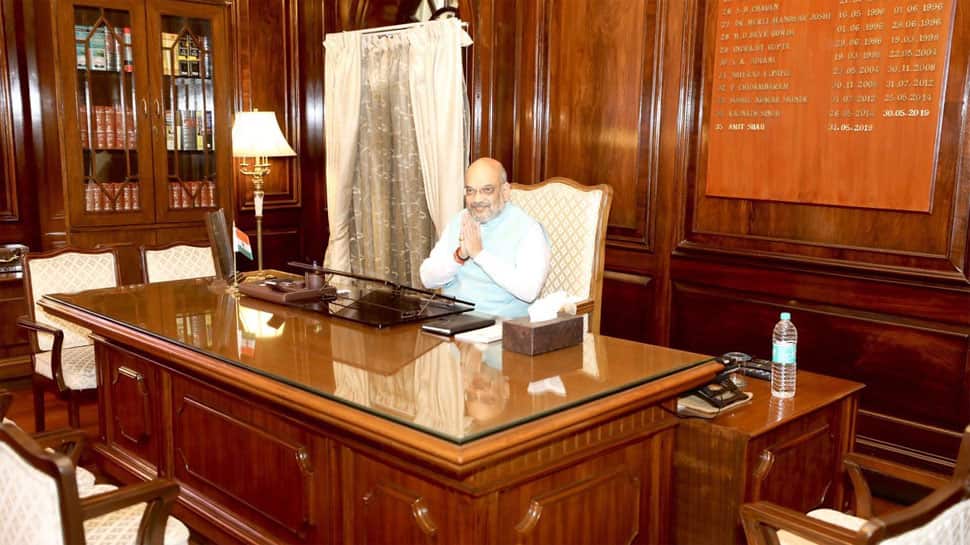 According to sources, Shah chaired an important meet on the very first day in the office with top MHA officials. He also sat through presentations of various department in the MHA wing and met senior officers and dignitaries.

The country's security and people's welfare the key priorities of the Modi government, Shah told reporters.

"Today took charge of the MHA. I express my gratitude to PM Modi for having faith in me. Country's security and welfare of people are the top priorities of the Modi government. Under the leadership of Modi, I will try my best to meet all expectations," Shah tweeted soon after assuming the charge.

This is the first time Shah has been appointed as a Union Minister in the Narendra Modi-led central government. He contested his first Lok Sabha election this year, emerging victorious from Gujarat's Gandhinagar constituency.

The BJP-led NDA has received a landslide mandate in the recently-concluded Lok Sabha elections with the saffron party winning 303 of the 542 seats that went to polls.