Only man with 56-inch chest did it in one go: Amit Shah on revocation of Article 370

Union Home Minister Amit Shah on Sunday lashed out at Opposition parties for making efforts to integrate Jammu and Kashmir and said that no other Prime Minister except Narendra Modi had the courage to abrogate Article 370 that gave special status to Jammu and Kashmir. 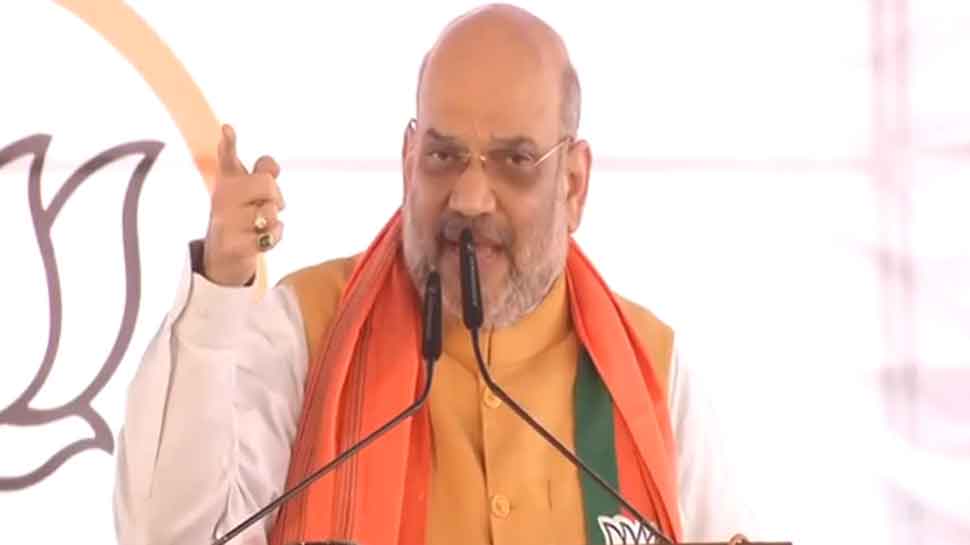 Kolhapur: Union Home Minister Amit Shah on Sunday lashed out at Opposition parties for making efforts to integrate Jammu and Kashmir and said that no other Prime Minister except Narendra Modi had the courage to abrogate Article 370 that gave special status to Jammu and Kashmir.

Addressing a rally in Kolhapur in Maharashtra, the BJP president said, "Several governments came and went, several prime ministers, came and went. No one had the courage to abrogate Article 370. But the man with the 56-inch chest scrapped it in one go."

"After people of the country and Maharashtra voted him for the second term, Modiji did something for which the entire country was waiting for 70 years...he abrogated Article 370 on August 5 and joined Jammu and Kashmir with the country's mainstream," Shah said in a rally in poll-bound Maharashtra.

He further asked the people to ask the leaders of Congress and NCP when they come for rallying in Kohlapur, that whether they support the NDA government's decision to abrogate the provisions that gave special status to Jammu and Kashmir.

Launching a scathing attack on the Congress, the Home Minister said, "It was the Congress party that gave Article 370 to Jammu and Kashmir, which kept it separated from the rest of India for 70 years. Due to which youths of Kashmir took to arms, picked up AK-47 and AK-56. Forty thousand people died due to terrorism."

The Congress had opposed the government's move of revoking Article 370 from the erstwhile state of Jammu and Kashmir, maintaining that the state acceded to India "as one State" and no government has the power to change its status or divide it or reduce any part of it to a Union Territory.

On Sunday, while addressing a rally in Maharashtra's Jalgaon on Sunday, Prime Minister Narendra Modi challenged the Opposition parties in the country to bring back Article 370 for Jammu and Kashmir. The Prime Minister said the government is constantly endeavouring to ensure the return to full normalcy in Jammu & Kashmir and it would take another four months or so to achieve that.

PM Modi also dared his opponents that if they had the courage to oppose the Centre's decision to abrogate Article 370 in Jammu and Kashmir, they should announce it in their election manifestos for the upcoming election and in all future elections that they would revert to Article 370 and the government's historic decision, taken on August 5, this year.

PM Modi said that the government took the decision on scrapping of special status to Jammu and Kashmir, which was unthinkable till then.  "There was a situation in which scope for development of vulnerable sections in Jammu and Kashmir was negligible. On Valmiki Jayanti, I'm fortunate that I can embrace Valmiki brothers from Jammu and Kashmir," he said.