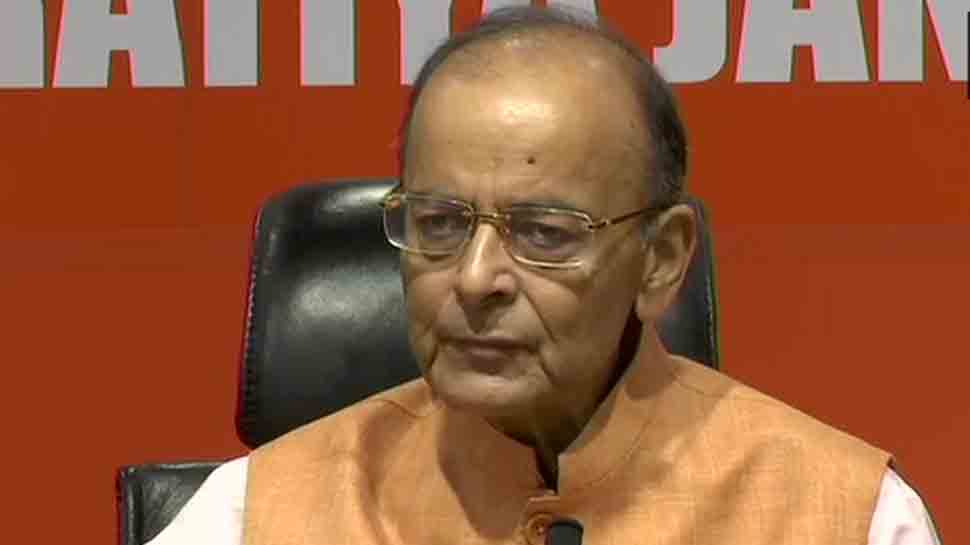 New Delhi: Union Finance Minister Arun Jaitley on Thursday said that the government and the Prime Minister should be applauded for Jaish-e-Mohammed (JeM) chief Masood Azhar being designated as a global terrorist by the United Nations. "Prime Minister Narendra Modi's untiring efforts and zero-tolerance policy on terror borne fruit," he said.

He also said that the change in China's attitude was a result of the recent developments including Pulwama attack and the airstrikes conducted by India on terror camps in Pakistan's Balakot.

"Government and PM Narendra Modi should be applauded. When the country wins, every Indian wins. There should have been a moment of pride for every citizen but unfortunately, some friends in the Opposition believe that if they become a part of this diplomatic win, they might have to pay a political price for it," Jaitley said while addressing a joint press conference with Defence Minister Nirmala Sitharaman in the national capital today.

"The core issue is that he has been declared an international terrorist. He and his country now face the consequences of that and the world community has been persuaded by all the material that India has put forward," he said.

Attacking the Congress-led UPA government, Jaitley said that the country's position before the 26/11 Mumbai terror attacks was known to everyone. "Post the 26/11 attacks, at least 25 terrorists were released by the then government within weeks as a part of the goodwill gesture so that Pakistan cooperates."

He also attacked the Congress party of playing the Hindu card every time during elections. "There are some Congress leaders who have become Hindus keeping the Lok Sabha election in mind. However, now everyone has realised that Congress is a fringe organisation," he said.

In a major diplomatic win for India, the United Nations on Wednesday designated Pakistan-based JeM chief Masood Azhar a 'global terrorist' after China lifted its hold on the proposal to blacklist him.