The leaders of 21 political parties adopted a joint resolution which condemned the Pulwama terror attack on CRPF convoy. 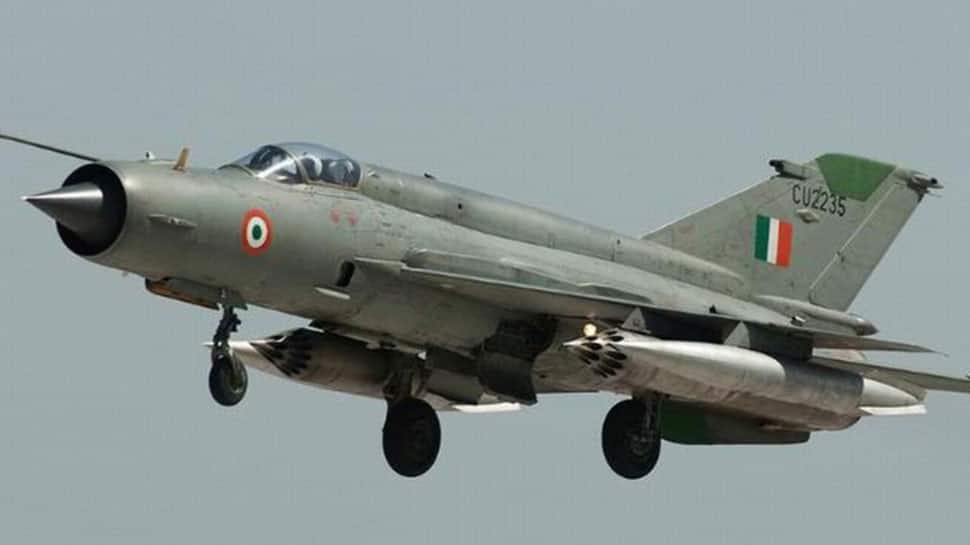 NEW DELHI: Leading opposition parties on Wednesday lauded the ''pre-dawn, pre-emptive and non-military airstrikes'' carried out by the Mirage 2000 fighter jets of the Indian Air Force on a terror camp run by Jaish-e-Mohammed in Pakistan's Balakot in which ''a large number of terrorists were eliminated.''

The leaders of at least 21 political parties, which met this evening, expressed "deep anguish" over the "blatant politicisation of sacrifices" made by the Indian military and attacked the ruling BJP for not consulting them regarding the fast-paced developments involving Pakistan in last few days.

"National security must transcend narrow political considerations," the leaders of 21 opposition parties said in a joint statement issued at a meeting.

The opposition sought to know as to why an all-party meeting was not conducted by the government to discuss all issues related to national security.

The joint statement issued by the opposition parties condemned the dastardly Pulwama terror attack by Pakistan-sponsored terrorists of Jaish-e-Mohammed on February 14.

Congress President Rahul Gandhi after opposition meeting: The meeting of leaders of 21 political parties condemned the dastardly Pulwama attack by Pakistan-sponsored terrorists of Jaish-e-Mohammed on 14th February 2019 and lauded the action taken by our armed forces pic.twitter.com/XaGeQXJGTg

The opposition leaders also paid homage to the CRPF martyrs and expressed solidarity with the armed forces in crushing the menace of terrorism.

The opposition leaders, however, expressed concerns over the present security situation and the safety of one MiG 21 pilot who went missing after the IAF fighter jets chased and reportedly shot down one of Pakistani aircraft, which violated India's airspace and made an unsuccessful attempt to target Indian military installations.

A joint statement issued by the opposition parties said, ''The meeting of leaders of 21 political parties condemned the dastardly Pulwama terror attack by Pakistan-sponsored terrorists of Jaish-e-Mohammed on 14th February 2019. The meeting paid homage to our martyrs and expressed solidarity with our Armed Forces in crushing the menace of terrorism.''

''The meeting lauded the action taken by the Indian Air Force against the terrorist camp on 26th February 2019 and praised our Armed Forces for their valour and bravery. The meeting of 21 parties expressed their deep anguish over the blatant politicisation of the sacrifices made by our Armed Forces by leaders of the ruling party. National security must transcend narrow political considerations. The leaders observed that the Prime Minister has, regrettably, not convened an-all party meeting as per the established practice in our democracy,'' the joint statement said.

''The leaders expressed concern on the emerging security situation. Post the statement from the MEA regarding targeting of our military installations and loss of one fighter aircraft, the leaders condemned the Pakistani misadventure and expressed their deep concern for the safety of our missing pilot. Leaders urged the Government to take the nation into confidence on all measures to protect India's sovereignty, unity and integrity,'' it said.

The joint statement was read out by Congress chief Rahul Gandhi after the conclusion of the meeting.

The statement from the opposition parties came after MEA accused Pakistan of using its Air Force to target military installations in India in response to IAF's counter-terrorism operations.

''Their attempts were foiled successfully,'' the External Affairs Ministry said on Wednesday.

"Against this Counter Terrorism Action, Pakistan has responded this morning by using its Air Force to target military installations on the Indian side. Due to our high state of readiness and alertness, Pakistan's attempts were foiled successfully," Kumar said.

He said the Pakistan Air Force was detected and the Indian Air Force responded instantly.