Our responsibility to provide food and shelter to Myanmar refugees: Mizoram CM Zoramthanga

Days after writing to Prime Minister Narendra Modi to seek asylum for the fleeing Myanmar nationals, Mizoram Chief Minister Zoramthanga on Monday said it was the duty of his government to provide food and shelter to the Myanmarese, who fled their country to take refuge in the state on humanitarian grounds, an official statement said. 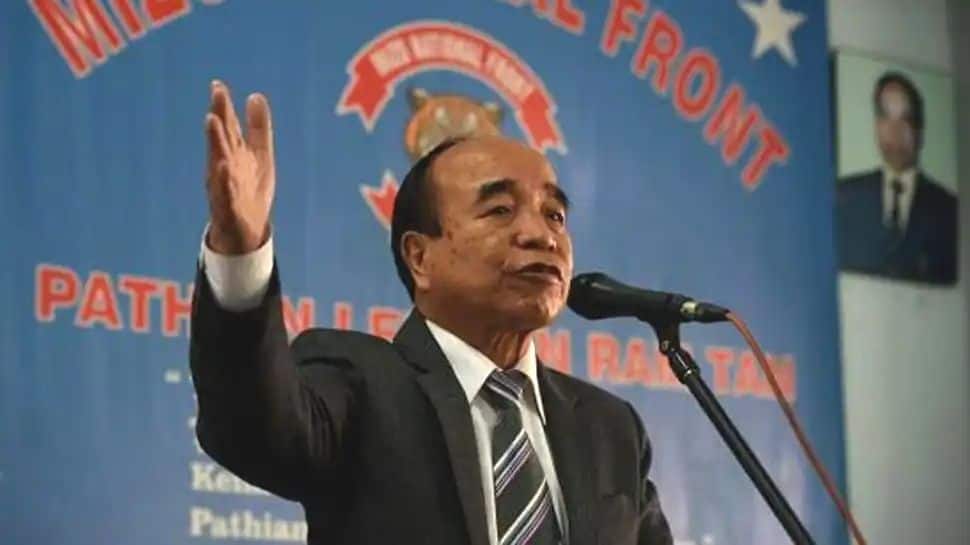 Aizawl: Days after writing to Prime Minister Narendra Modi to seek asylum for the fleeing Myanmar nationals, Mizoram Chief Minister Zoramthanga on Monday said it was the duty of his government to provide food and shelter to the Myanmarese, who fled their country to take refuge in the state on humanitarian grounds, an official statement said.

Zoramthanga, however, said that the state government has "no say" in the International Affairs and cant deal with the refugees on its own and the matter rests with the Centre.

"It is our responsibility as human beings to provide food and shelter on humanitarian grounds to our human fellows (Myanmar nationals), who have taken refuge in our state in the wake of political turmoil following the military coup in their country, the chief minister said.

He was speaking to a foreign news outlet and leaders of Chin Churches in the United States via video conference.

He said he had already urged the centre to provide political asylum to the Myanmar citizens and had also sent a delegation to Delhi in this regard.

On Sunday, Zoramthanga had held an online meeting with Myanmar foreign minister in exile Zin Mar Aung to discuss the current political situation and the hardship being faced by the Zo ethnic people after the military junta had seized control of democratically elected Myanmar government.

The Mizoram chief minister had shot a letter to Prime Minister Narendra Modi on March 18, informing him that Mizoram cant remain indifferent to the plights and suffering of the Chin communities in Myanmar, who share same ancestry and ethnicity with the Mizos.

India cannot turn a blind eye to the humanitarian crisis, he had said in the letter.

He had also said that the Ministry of Home Affairs (MHA) advisories directing four Northeastern states, including Mizoram, to check illegal influx of people from Myanmar and to immediately initiate the deportation process of illegal migrants was "not acceptable" to Mizoram.

A delegation from Mizoram led by Lok Sabha member C. Lalrosanga also met Union Minister of State for Home Affairs Nityanand Rai on March 18 urging the centre to provide food and shelter to the Myanmar nationals in Mizoram.

Mizoram shares a 510 km long unfenced and porous border with Myanmar's Chin state. Officials said that nearly 600 people from Myanmar have entered Mizoram after the military coup in February. Most refugees belonged to the Chin communities, they said.